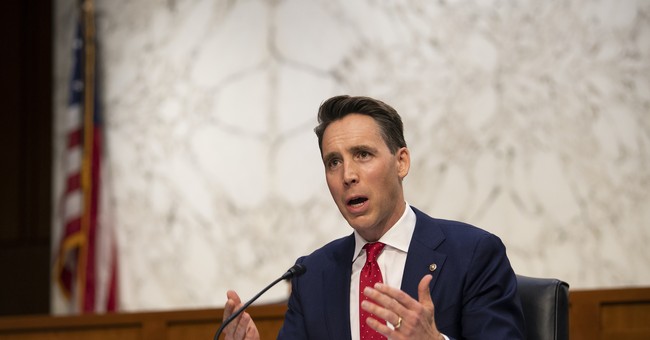 Sen. Josh Hawley addressed speculation that he’ll run for president in 2024, saying he is proud to represent the people of Missouri and would like to continue representing the state.

"I've always said…that I'm not running for president," Hawley told Fox News. "It's a privilege to represent the state of Missouri in the United States Senate. I just got elected barely two years ago. There's a lot of work to do, and I look forward to continuing to fight for Missouri every day that I can."

Hawley was the first senator to announce he would object to the certification of the electoral college results, prompting widespread backlash and calls for him to resign after the Jan. 6 riot at the U.S. Capitol Building. He has rejected those calls.

The senator also had his Simon & Schuster book deal canceled as a result.

"This could not be more Orwellian. Simon & Schuster is canceling my contract because I was representing my constituents, leading a debate on the Senate floor on voter integrity, which they have now decided to redefine as sedition,” he said in response.

His book has since been picked up by Regnery Publishing.