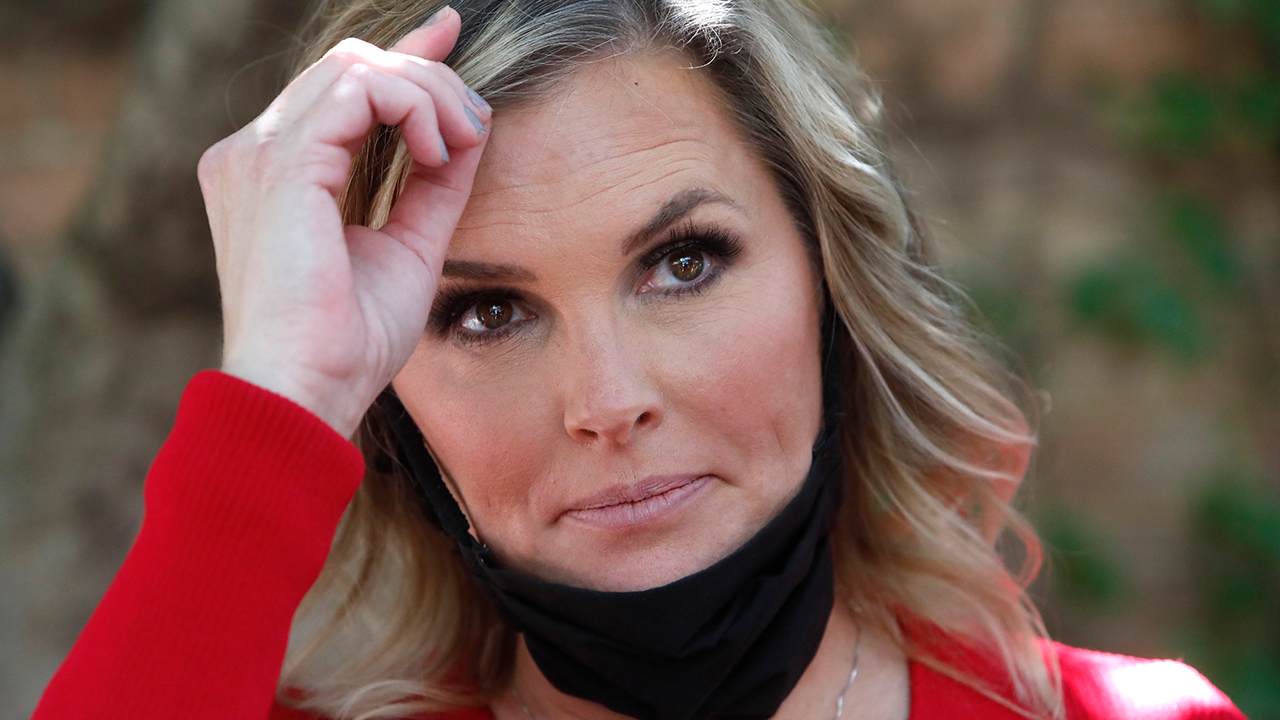 Dallas salon owner Shelley Luther was released from a stint in jail on Thursday to a crowd of cheering patriots.

That night, she appeared on Fox News's Sean Hannity to explain why she refused to apologize for opening her salon in defiance of a state-wide order and what it was like in prison.

District Judge Eric Moye had given her the choice of apologizing, paying a fine, and closing over what he said was "selfish" behavior, or going to jail for seven days.

She pushed back, arguing that feeding her children is not a selfish thing to do.

"I have much respect for this court and laws. I have never been in this position before and it’s not someplace that I want to be," she said at the time. "But I have to disagree with you sir, when you say that I’m selfish because feeding my kids — is not selfish. I have hair stylists that are going hungry because they’d rather feed their kids. So sir, if you think the law is more important than kids getting fed, then please go ahead with your decision but I am not going to shut the salon."

Describing the whole ordeal to Hannity, Luther said "the last thing" she wanted to do was apologize.

"I just couldn't, I couldn't bring myself to apologize," she told the host.

Luther said her salon had been waiting for weeks after closing in March on small business money the government had promised was coming.

"When [The Dallas County Judge Clay Jenkins] finally pushed [the open date] back a final time I just woke up one day and I said, 'I have to open, my stylists are calling me, they're not making their mortgage,'" she said, adding that she was months behind on her mortgage payments.

Desperate, her stylists were telling her they wanted to start going to people’s houses. Luther was uncomfortable with the idea because they would be walking into unknown environments.

"We don't know if it's been disinfected or anything like that, and I just decided I would open," she said.

"But we made sure that I had no clients waiting inside the salon at all. I had chairs six feet apart outside of the salon ... and when the stylist was ready and wearing a mask -- we didn't let any clients come in without a mask -- they instantly sanitized their hands, the hairstylist sanitized their hands. They came in, they did the cut and that person left," she explained.

Of the "not pleasant" time she spent in jail, Luther said the worst part was the first night when she was not allowed to call anyone.

"And that's kind of scary, because I have a daughter that just turned 17 at home, and if my boyfriend wasn't there to tell, you know, to talk to her or anything, I would not have come home and she would not have known where I was," she said.

Luther’s release came after Texas Gov. Greg Abbott amended his executive order so that no business owners who violated the "nonessential" business closure mandate could be sent to prison.

"Throwing Texans in jail who have had their businesses shut down through no fault of their own is nonsensical, and I will not allow it to happen,” Gov. Abbott wrote. "That is why I am modifying my executive orders to ensure confinement is not a punishment for violating an order."