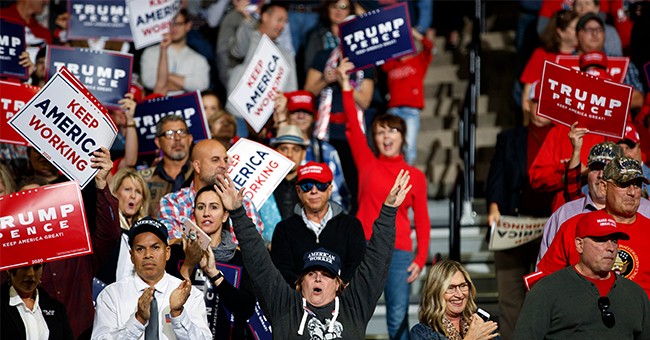 Democrats never seem to fail when it comes to placing blame on President Trump and Republicans for their problems, and apparently the Iowa caucuses are no exception.

Technical difficulties were first blame with the questionable app that was being used, then mathematical errors seemed to be the problem. And now, Democrats are saying part of the confusion and delay in the night was because Trump supporters flooded the hotline used by precinct chairs in the state.

“At the outset of boiler room operations on February 3rd, the Iowa Democratic Party experienced an unusually high volume of inbound phone calls to its Caucus hotline. These included callers who would hang up immediately after being connected, supporters of President Trump who called to express their displeasure with the Democratic Party, and Iowans looking to confirm details for their evening’s Caucus,” and Iowa Democratic official told an NBC reporter.

“Party staff and volunteer flagged and subsequently blocked repeat callers who appeared to be reaching out in an attempt to interfere with their reporting duties,” the official continued.

“Veterans of past boiler room operations described the volume of calls as highly irregular compared to previous Caucuses. The unexplained, and at times hostile, calls contributed to the delay in the Iowa Democratic Party’s collection of results, but in no way affected the information gathered or the accuracy of data sets reported.”

Tim Murtaugh, a spokesman for Trump’s campaign, told a Bloomberg reporter he knew nothing about the claim.

“Don’t know anything about that but maybe Democrats should consider using an app of some kind next time,” he said.

As some quipped on social media, Democrats will be blaming Russia next.