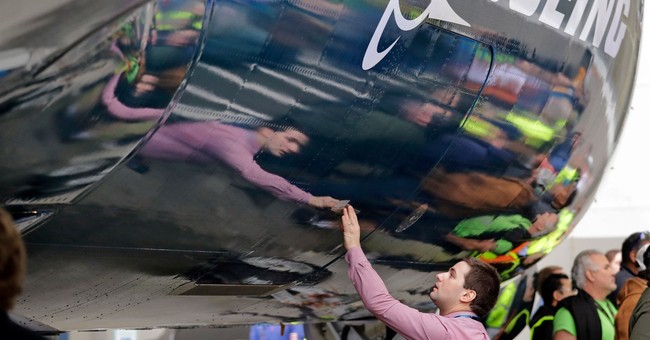 A passenger jet traveling from Iran to Kiev, Ukraine, crashed Wednesday shortly after takeoff, killing all 176 passengers and crew members on board.

Iranian state TV said the Boeing 737-800 crashed because of an engine fire due to a technical fault, but that has not been confirmed. The Iranians have found the black box but are refusing to give it to Boeing, Reuters reports. It is not clear to which country the box will be given.

#Breaking First footage of the Ukrainian airplane while on fire falling near #Tehran pic.twitter.com/kGxnBb7f1q

Ukrainian and Iranian officials are pointing to a mechanical issue, the Associated Press reports. There is no confirmation of that yet, however, and many questions are being raised, including why Ukraine's embassy in Iran deleted an initial statement saying the plane crashed as a result of engine failure.

The plane had been delayed from taking off from Imam Khomeini International Airport by almost an hour. It took off to the west, but never made it above 8,000 feet in the air, according to data from the flight-tracking website FlightRadar24.

It remains unclear what happened. Qassem Biniaz, a spokesman for Iran’s Road and Transportation Ministry, said it appeared a fire struck one of its engines. The pilot of the aircraft then lost control of the plane, sending it crashing into the ground, Biniaz said, according to the state-run IRNA news agency.

Hassan Razaeifar, the head of air crash investigation committee, said it appeared the pilot couldn’t communicate with air-traffic controllers in Tehran in the last moments of the flight. He did not elaborate. Authorities later said they found the plane’s so-called “black boxes,” which record cockpit conversations and instrument data. (AP)

#Ukraine's embassy in #Iran dropped an initial reference to engine failure as the cause of a Ukrainian plane crash outside Tehran on Wednesday. It said in a 2nd statement that the causes had not been disclosed and that any previous comments were not official.

“Our embassy is clarifying information about the circumstances of the tragedy and the death toll,” Ukrainian President Volodymyr Zelensky said on Facebook. “My sincere condolences to the family and friends of all passengers and crew.”

Introduced in the late 1990s, it is an older model than the Boeing 737 MAX, which has been grounded for nearly 10 months following two deadly crashes. Boeing built the aircraft that crashed Wednesday in 2016 and it last underwent routine maintenance on Monday, Ukraine International Airlines said. (AP)

The Ukrainian president ordered an inspection of all the country's civil airplanes, “no matter the conclusions about the crash in Iran.”

Update: There is speculation the plane "could have been shot down by mistake by jittery Iranian air defenses."