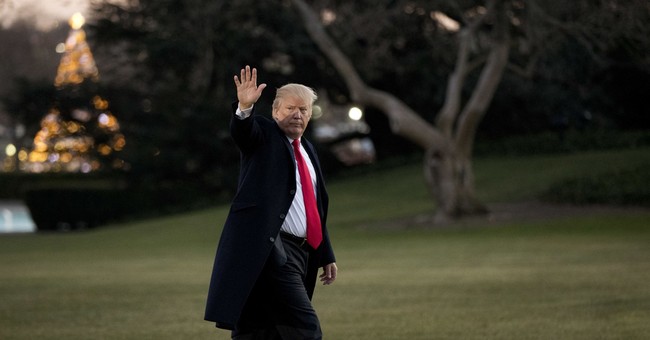 President Trump’s physician was forced to addressed speculation about the president's health after he made an unannounced trip to Walter Reed National Military Medical Center over the weekend.

"Despite some of the speculation, the President has not had any chest pain, nor was he evaluated or treated for any urgent or acute issues," Navy Cmdr. Sean Conley said in a letter released by the White House, noting the visit was “a routine, planned interim checkup."

Trump “did not undergo any specialized cardiac or neurological evaluations” Conley added, explaining the visit was off the record due to “scheduling uncertainties.”

Memorandum from the President’s Physician pic.twitter.com/yzkjqCBBHc

[T]he unannounced nature of the visit led to online chatter about whether Trump was dealing with an undisclosed illness or other issue. Trump did not make any public appearances on Sunday or Monday, further fueling discussion on social media.

Conley did not disclose many specifics about Trump's evaluations, instead describing the visit broadly as part of preventative care. He wrote that the trip remained off the record due to "scheduling uncertainties."

Trump will undergo a more thorough exam in 2020, Conley said, and the results of his labs from Saturday will be included in a report then. (The Hill)

Unfortunately the letter clarifying that President Trump is OK hasn’t quite stopped the speculation.

So not so much an annual physical anymore as “regular, primary preventative care” that required an unscheduled trip to the hospital rather than being handled at the White House Medical Unit https://t.co/rzgZn7En5R

This is a really weird, defensive statement. The first sentence alone has roughly four synonyms for “routine.” It then tells us all the medical problems Trump is definitely not having. It’s a good thing this White House has developed a reputation for honesty and transparency. https://t.co/eRXRQZHRz1

They are freaking shameless in their lies. https://t.co/Brdn4MYTgY