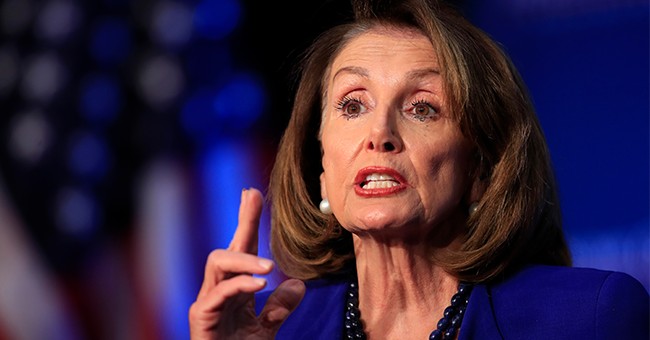 From House Speaker Nancy Pelosi (D-CA) to media personalities Joy Reid and CNN's Chris Cillizza, many Democrats are now openly beginning to advance the notion that President Trump may not step down from power peacefully if he loses in 2020.

In an interview with The New York Times, Pelosi discussed her fears that Trump may not step down unless Democrats decisively win the election.

Few people outside Ms. Pelosi’s inner circle were aware of how worried she was that Mr. Trump would try to stop the opposition party from taking control of the House unless the Democrats’ victory was emphatic enough to be indisputable.

“If we win by four seats, by a thousand votes each, he’s not going to respect the election,” said Ms. Pelosi, recalling her thinking in the run-up to the 2018 elections.

“He would poison the public mind. He would challenge each of the races; he would say you can’t seat these people,” she added. “We had to win. Imagine if we hadn’t won — oh, don’t even imagine. So, as we go forward, we have to have the same approach.”

In recent weeks Ms. Pelosi has told associates that she does not automatically trust the president to respect the results of any election short of an overwhelming defeat. (NYT)

Then, in response to Pelosi's comments, MSNBC's Joy Reid joined in, accusing Trump of having no intention of peacefully leaving power if Democrats win.

Reid said such concerns were not unprecedented since there had been speculation that President Nixon would not leave office if impeached.

"How much of a threat do you think there is of that now with this President?" asked her guest, Jill Wine-Banks, a former prosecutor at the Department of Justice during the Watergate years when Nixon was nearly impeached.

"I think it’s a much bigger threat now for several reasons," Wine-Banks said. "One is the media has multiplied in a way that didn’t exist during Watergate. In Watergate, we had basically three networks and they all had the same facts. Now you have this awful thing where we have a bubble of people who believe facts that are totally made up." (The Hill)

Next, CNN's editor-at-large Chris Cillizza penned an op-ed titled "What happens if Donald Trump refuses to admit he lost in 2020?"

Cillizza criticized Trump for his focus on election fraud in the 2016 election and told readers to imagine what it would be like in an election if he didn't win it.

It's not much of a stretch then to imagine that Trump, if he does come up short in the 2020 election, wouldn't be willing to simply go quietly into that good night. For Trump, refusing to admit defeat and hand over power voluntarily would be the final sacred cow he could slaughter. He's built a political career on a willingness to break with long-held traditions, the venerated elements of our capital "D" democracy that have long distinguished us from the rest of the world. Trump scoffs at all that sort of stuff, the trappings, he would argue, of an arcane system put in place by elites who can't channel the will of the people like he can. (CNN)

Brace yourselves. There's much more of this to come.