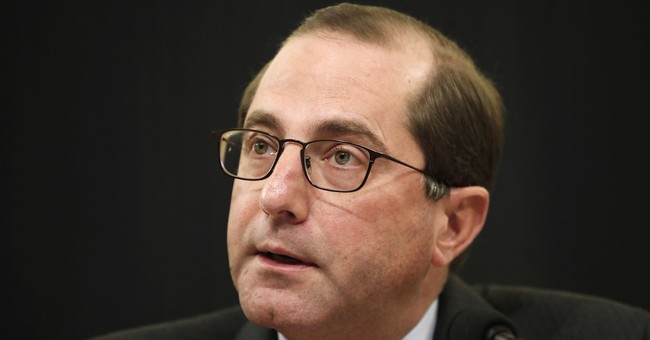 The Department of Health and Human Services announced late Monday that it terminated a contract between a fetal tissue research facility and the Food and Drug Administration.

HHS said it “was not sufficiently assured that the contract included the appropriate protections applicable to fetal tissue research or met all other procurement requirements.”

The statement also said it had begun a review of all research involving fetal tissue “to ensure consistency with statutes and regulations governing such research."

The move comes after widespread backlash among anti-abortion advocates after the FDA signed a contract with Advanced Bioscience Resources to acquire “fresh” human fetal tissue to use in research that would give mice a “human immune system.”

“The objective is to acquire Tissue for Humanized Mice,” stated an FDA “presolicitation notice” from June 13 for the contract.

“Fresh human tissues are required for implantation into severely immune-compromised mice to create chimeric animals that have a human immune system,” the notice said.

More than 30 anti-abortion groups called on HHS earlier this month to end the contract.

“We are alarmed that the FDA has continued to award contracts to ABR for the procurement of human fetal tissue,” the lawmakers wrote.

The Center for Medical Progress’s David Daleiden, who exposed the sale of aborted babies’ body parts at Planned Parenthood abortion clinics, called the termination of the contract “a small first step.”

“So long as HHS trades taxpayer dollars for freshly-aborted baby body parts, the U.S. government is setting its own abortion quotas and sending the message that these children are worth more dead than alive,” he said in a statement. “By terminating a grotesque contract for “fresh”aborted baby parts from Planned Parenthood’s business partners ABR that never should have been signed in the first place, HHS has taken a small first step to stop the epidemic of trafficking tiny baby hearts, lungs, livers, and brains from late-term abortion clinics into government-sponsored laboratories for taxpayer-funded experimentation. HHS’smission to “serve all Americans from conception to natural death” cannot permit trafficking unborn children to stitch their body parts into lab rats.”

I think @SecAzar should go on @TuckerCarlson and try to defend how many late-term babies need to be aborted each month and trafficked from @PPact and ABR for experiments in @HHSGov taxpayer-funded laboratories. #PPSellsBabyParts #ShutThemDown https://t.co/i6kcVKw6mF

Other pro-life groups had similar reactions.

"Canceling a single contract and conducting a review is a small step forward, but overall is completely inadequate," said SBA List President Marjorie Dannenfelser in a statement.

“NIH funds these grisly experiments to the tune of nearly $100 million, and Congress is set to provide NIH with a hefty funding increase in its latest spending bill with no assurance that this administration will stop or even roll back funding for research that involves procuring baby body parts from abortionists like Planned Parenthood," she continued.

“Pro-life Americans are horrified and outraged by revelations that the pro-life Trump Administration contracted with a notorious baby parts trafficker to purchase ‘fresh’ aborted baby body parts for research, at taxpayer expense. Unfortunately, HHS’s response does very little to alleviate the outrage. Secretary Azar must show decisive leadership and fix this problem immediately.”