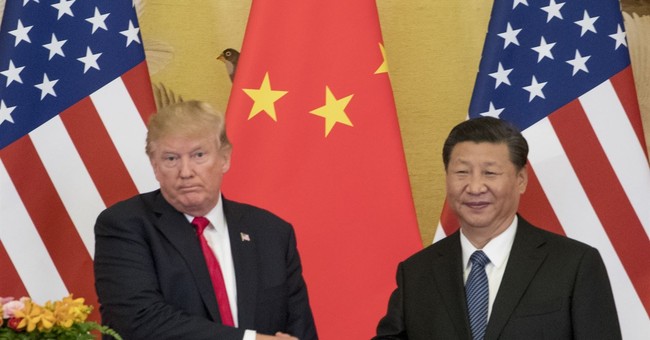 China slammed the U.S. on Monday over its “trade bullyism” after $200 billion worth of tariffs went into effect, prompting Beijing to enact retaliatory tariffs on $60 billion in American imports.

The General Administration of Customs said it started collecting additional taxes of 5 and 10 percent on a $60 billion list of 5,207 American goods from honey to industrial chemicals at noon. That coincided with the time for President Donald Trump's planned tariff hike on $200 billion of Chinese imports to take effect, though there was no immediate U.S. government confirmation it was collecting the higher charges.

The conflict stems from U.S. complaints Beijing steals or pressures foreign companies to hand over technology. American officials say Chinese plans for state-led development of global competitors in robotics and other technologies violate its market-opening obligations and might erode U.S. industrial leadership. (CBS)

Secretary of State Mike Pompeo seemed confident on Sunday, however, that the U.S. would win any potential trade war with China.

"The trade war by China against the United States has been going on for years. Here’s what’s different in this administration: to the extent one wants to call this a trade war, we are determined to win it," Pompeo said on "Fox News Sunday."

"We’re going to get an outcome which forces China to behave in a way that, if you want to be a power, a global power — transparency, rule of law, you don't steal intellectual property — the fundamental principles of trade around the world ... those are things the American people are demanding and the American workers deserve," he added.