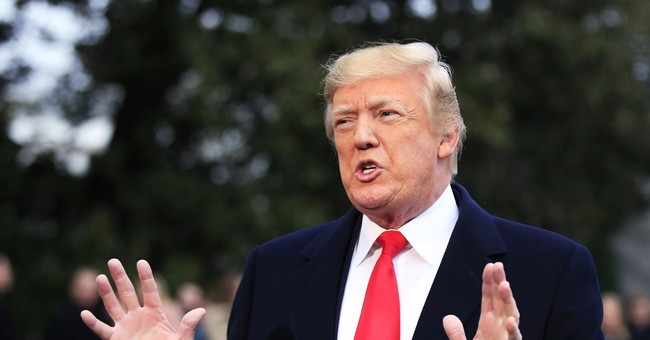 “I would certainly say he should,” the president said when asked by reporters at the White House.

"I think he should," he added. "I want to support the person running. We need the seat. We'd like to have the seat."

JUST IN: President Trump says Roy Moore should concede: “I would certainly say he should.” pic.twitter.com/zFcNV66wO7

Jones defeated Moore 49.9 percent to 48.4 percent, but the Republican candidate argues that he’s waiting for the Alabama secretary of state to certify the results of the election given that military and provisional ballots have not all come in yet.

While a close race, Jones defeated the judge by more than 20,000 votes.

Nevertheless, Moore argued in a video statement posted on YouTube Wednesday that the “battle rages on.”

“Abortion, sodomy, and materialism have taken the place of life, liberty and the pursuit of happiness,” he said.

“Even our political process," he continued, "has been affected with baseless and false allegations which have become more relevant than the issues which affect our country.”

"No longer is this about Republican or Democratic control,” he said. “It has truly been said that there is not a dime's worth of difference between them. It is about a Washington establishment which will not listen to the cries of its citizenry — and the battle rages on."