Why the Academy Issuing a Code of Conduct Is Beyond Hypocritical 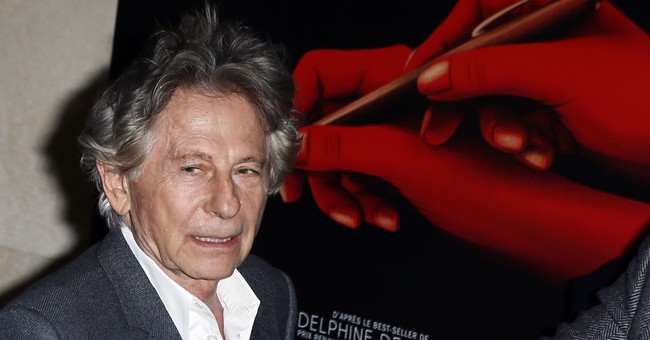 The Academy of Motion Picture Arts and Sciences has issued a new code of conduct for members in the wake of the sexual misconduct allegations against movie mogul Harvey Weinstein, director James Toback, and actor Kevin Spacey, among many others.

In an email to members Wednesday, Academy CEO Dawn Hudson explained the new “statement of values.”

"Much remains to be done," Hudson wrote. "The task force will finalize procedures for handling allegations of misconduct, assuring that we can address them fairly and expeditiously. This process will ultimately guide the Board of Governors in assessing if certain allegations warrant action regarding membership."

Hudson said the task force assembled to build the code of conduct "consulted with professors of ethics, business, philosophy and law from Georgetown, Harvard, Notre Dame and Stanford, as well as experts in human resources and sexual harassment."

She said they met with the Television Academy and the British Academy of Film and Television Arts, and also reviewed the codes of conduct of other organizations, including the American Film Institute and UCLA. (USA Today)

While the Academy’s 54-member board voted to expel Weinstein in October, noting the decision was made in part to “send a message that the era of willful ignorance and shameful complicity in sexually predatory behavior and workplace harassment in our industry is over,” they seem to be forgetting or ignoring one glaring problem: the fact that they gave an Oscar in 2003 to director Roman Polanski.

A summary of what happened:

On March 11, 1977, Polanski was arrested for the sexual assault of Samantha Jane Gailey (now Samantha Geimer), a 13-year-old model. The previous day, Polanski, who was 43 at the time, invited Geimer over to the L.A. home of Jack Nicholson for a photo shoot, allegedly for an edition of French Vogue that the filmmaker was guest-editing. Nicholson was out of the country, but his girlfriend at the time, the actress Anjelica Huston, was home.

“[Polanski] introduced me to [Geimer] and said that they had been taking pictures… She was wearing platform heels and appeared to be quite tall. Roman collected his jacket and cameras and they left together. I thought no more of it,” Huston wrote of that fateful day in her 2014 memoir Watch Me.

“I was mostly just on and off saying, ‘No, stop.’ But I wasn’t fighting really because I, you know, there was no one else there and I had no place to go,’” she testified.

A California grand jury charged Polanski with: rape by use of drugs, perversion, sodomy, lewd and lascivious act upon a child under 14, and furnishing a controlled substance to a minor. Polanski ultimately pleaded guilty to the charge of “unlawful sexual intercourse with a minor” on the condition that the initial five charges be dismissed. After reporting to Chino State Prison for a 90-day period of psychiatric evaluation (he was released after 42 days), Polanski, learning that he’d be facing additional jail time, fled the country. He’s lived as a fugitive of justice ever since, living and working mainly in France, Poland, Switzerland, and the Czech Republic.

Despite his sexual-assault conviction, Hollywood’s A-listers have continued to flock to his films. (Daily Beast)

Indeed, here’s a video of their reaction to Polanski’s big win:

The Academy has some explaining to do.