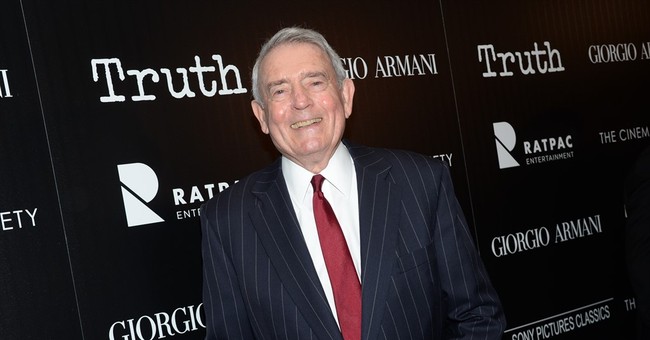 How about this for irony: For a segment discussing made-up news stories, the producers of NBC’s “Today” show thought the perfect guest to bring on would be…Dan Rather, who notoriously lost his job for disseminating a made-up news story.

Host Savannah Guthrie started off the morning show talking about a recent Politico survey that found almost half of people think the media peddle fake news.

“The media itself is under fire. And what do you think the media needs to do better to enhance its own credibility? And what do people need to understand about the value of the press?” she then asked Rather.

“I think most of the public understands that we’re under attack by very powerful people, including the president, for their own partisan, political, and ideological reasons,” he added. “They want people — they’re basically saying, ‘Believe us, believe only your president and believe only the people who are in power. Don’t believe these people out in the press.’”

Rather, you recall, was fired for a 2004 story about former President George W. Bush's military service alleging he went AWOL during his time in the Texas Air National Guard. He used inauthentic documents to make his claim, which disregarded “fundamental journalistic principles,” an independent investigation concluded.

“And this is a fundamental American trait and value, to understand the press is not perfect, we’re going to make our mistakes, but we’re a check on power. And I think when people stop and think about it, remind themselves of that, they’ll say, ‘Yeah, with all of their flaws’ — and heavens knows I’ve made my mistakes, have my open wounds from some self-inflicted wounds,” Rather went on to acknowledge. “But I do think people understand about the press.”