President Trump's Latest Approval Rating Is Worse Than Obama's Ever Was 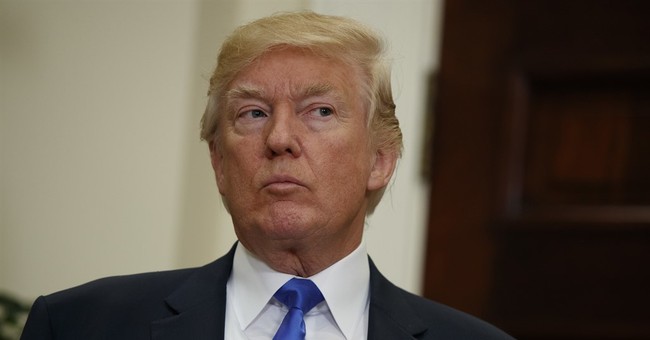 President Trump’s approval numbers have fallen to an all-time low throughout his roughly six months in office, according to a recently released survey.

The latest figures for Trump include 25% who Strongly Approve of the way Trump is performing and 50% who Strongly Disapprove. This gives him a Presidential Approval Index rating of -25. (Rasmussen Reports)

This makes him more unpopular than President Obama ever was. Trump’s approval ratings this week are worse than any of Obama’s during his eight years in office.

The numbers come after a rough few weeks at the White House, with several staffing shakeups and drama aplenty.

White House Press Secretary Sean Spicer resigned in protest of then-Communications Director Anthony Scaramucci being hired. But Scaramucci was only in the position 11 days before he was given the boot over his profanity-laced tirade against then-White House Chief of Staff Reince Priebus and White House Chief Strategist Steve Bannon to The New Yorker’s Ryan Lizza. Priebus was also replaced by former Department of Homeland Security Secretary John Kelly. And Sarah Huckabee Sanders took over as White House Press Secretary.

The poll will likely be unsettling for Trump, who has lauded Rasmussen Reports in the past as being “one of the most accurate in the 2016 Election.”

The right-leaning poll has tended to return higher approval rating numbers for the president compared to those taken by other polling firms, The Hill notes.

This week’s poll sampled 1,500 likely voters and has a margin of error of 2.5 percentage points.