You're Fired!: Trump to Sign Executive Order Creating Office to Get Rid of Bad VA Employees 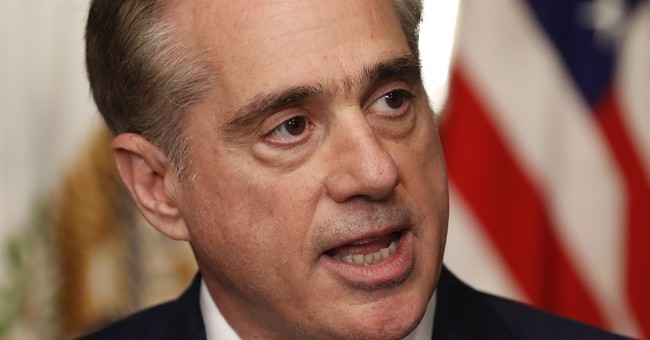 At long last, “you’re fired!” may be a refrain heard more frequently at the Department of Veterans Affairs.

President Donald Trump is set to issue an executive order this week that will create an office within the VA that is tasked with disciplining or firing incompetent employees. It will also serve to protect whistleblowers.

The Office of Accountability and Whistleblower Protection will help VA Secretary David Shulkin “to discipline or terminate VA managers or employees who fail to carry out their duties in helping our veterans,” a White House official told Government Executive. It will also “identify barriers” to the secretary’s ability to “put the well-being of our veterans first.”

While the Concerned Veterans for America applauded the announcement, the group pointed out that it needs some teeth in the form of accountability legislation that will help the office actually carry out its goals.

“We appreciate that President Trump is taking steps to fix the VA’s toxic culture, but the job will not be finished with just this executive order,” Dan Caldwell, CVA’s director of policy, said in a statement. “This new office will only be effective if it is coupled with strong accountability legislation, like the VA Accountability First Act, to speed up the termination process for bad employees. Identifying bad VA employees won’t do any good if you still can’t fire them.”

Shulkin is fully supportive of legislation that would allow him to more rapidly terminate bad employees.

In an interview with Fox News earlier this month, the secretary expressed dismay at his inability to fire an employee who was watching pornography while caring for a patient.

“We’re taking a hard stance that we want this employee removed, and we do not believe the current rules allow us to do that quickly enough,” he said. “We need changes in the law, and I need the authority to remove these people immediately.”

The problem, however, is that even though the VA Accountability First Act of 2017 passed the House, a similar measure faces a major battle in the Senate.