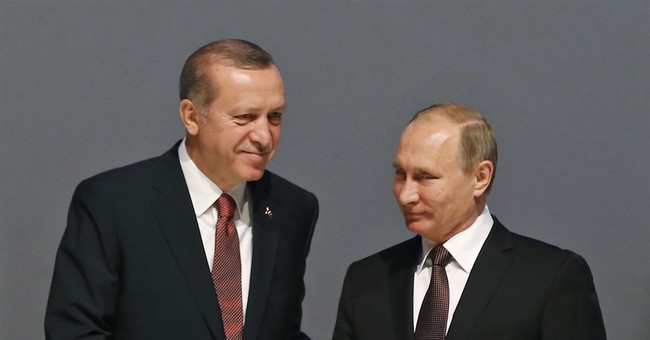 Russia and Turkey will act as guarantors of the agreement, which is set to begin at midnight local time (5 pm E.T). Peace talks are set to follow in Kazakhstan between the Syrian government and opposition leaders.

Some terror groups are to be excluded from the cease-fire, though, aside from ISIS, it's unclear which -- if any -- that refers to. The head of rebel group Fastaqim told Reuters the truce only excluded ISIS. The Syrian army earlier said the agreement would exclude ISIS, the group formerly known as the Nusra Front and any group linked to it.

Ahmad Ramadan of the Syrian National Coalition said the truce reached Thursday includes a halt to airstrikes and shelling.

Ramadan said in text messages sent to The Associated Press that members of the Free Syrian Army, a loose alliance of several moderate rebel factions, will abide by the truce -- but retaliate to violations by government and allied forces.

Russian Defense Minister Sergei Shoigu said the truce will include 62,000 opposition fighters across Syria, and that the Russian military has established a hotline with its Turkish counterpart to monitor compliance.

According to Russian Foreign Minister Sergey Lavrov, President-elect Trump’s administration is welcome to join the peace process once he takes office.