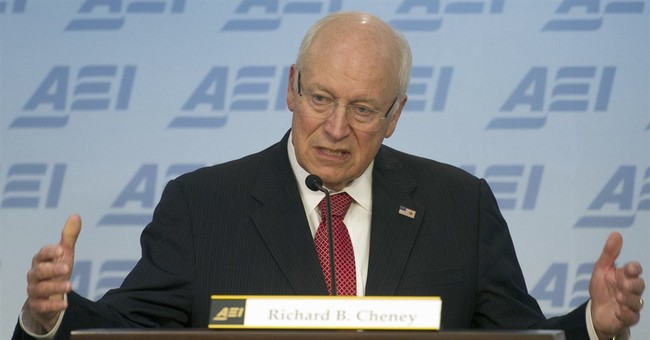 When President-elect Donald Trump announced that Exxon-Mobil Ceo Rex Tillerson was his choice for Secretary of State, Sen. Marco Rubio was quick to express his reservations about the pick given his ties to Russian President Vladimir Putin.

“Being a ‘friend of Vladimir’ is not an attribute I am hoping for from a #SecretaryOfState –MR,” he tweeted.

Putin awarded Tillerson the Russian Order of Friendship after the successful negotiation of a huge energy deal in 2011.

Now, according to a report in the Washington Post, former Vice President Dick Cheney is one among many prominent supporters of the CEO who personally called Rubio to try to convince him of Tillerson’s merits.

At the start of the week, Sen. Marco Rubio (R-Fla.) seemed bent on opposing the nomination of Rex Tillerson for secretary of state.

By the end of it, Rubio had heard directly from former vice president Richard B. Cheney, according to a person with knowledge of the conversation, as well as other key supporters of the ExxonMobil chief executive. […]

Cheney has been an outspoken supporter of Tillerson, calling him an “inspired choice” in a statement.

Gates, who described Tillerson as a “tough-minded realist,” said the CEO’s experience doing business with Russia should be seen as an asset.

Tillerson's nomination must first be approved by the Senate Committee on Foreign Relations, of which Rubio is a member, before a full Senate vote takes place.