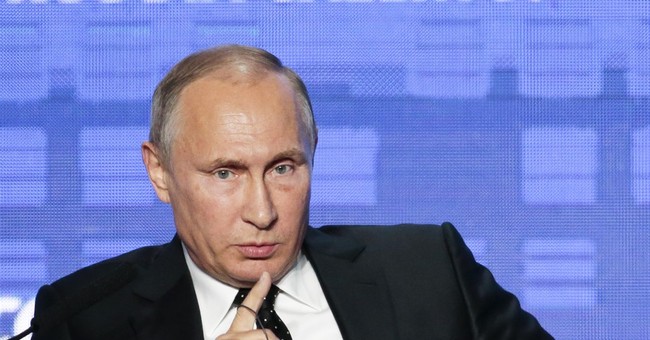 The U.S. officially placed the blame on Russia earlier this month for the recently leaked emails attempting to influence the election—and now, the CIA is reportedly planning to do something about it.

When asked by NBC News about whether the Obama administration was considering retaliatory measures against Russia, Vice President Joe Biden said that yes, the U.S. would be “sending a message” to Vladimir Putin. The cyber attack, he said, will come "at the time of our choosing, and under the circumstances that will have the greatest impact."

NBC also reported that intelligence officials have been asked to present the White House with ideas for a "clandestine" cyber operation designed to "embarrass" the Kremlin.

"We've always hesitated to use a lot of stuff we've had, but that's a political decision," a former CIA officer told NBC. "If someone has decided, `We've had enough of the Russians,' there is a lot we can do."

The cyber attacks have targeted the Democratic National Committee and other Democratic operatives, including thousands of emails from Clinton campaign chairman John Podesta.

A joint statement released last week by the Department of Homeland Security and the Office of the Director of National Intelligence said the emails released on sites like WikiLeaks, Guccifer 2.0, and DCLeaks appear to have been carried out by Russia.

"We believe, based on the scope and sensitivity of these efforts, that only Russia's senior-most officials could have authorized these activities," the statement read.

Putin said earlier this week that it didn’t matter who was responsible for the hacks. Rather, it’s “what’s inside the information that matters,” he said.