DHS Chief: It's Still Too Early to Call Dallas Attack on Police a Hate Crime 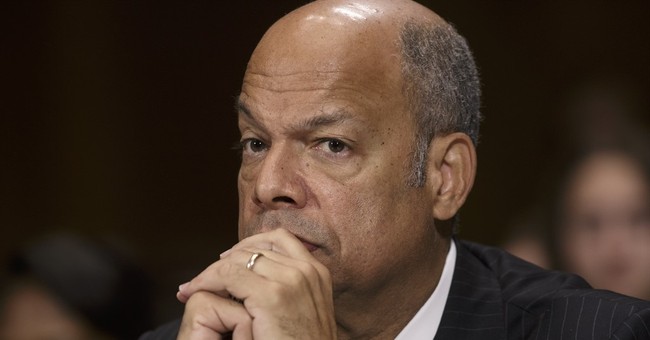 Micah Xavier Johnson ambushed police on Thursday at a Dallas Black Lives Matter protest, killing five officers and wounding seven others. Before he was killed by a bomb robot, Johnson told police he was upset at white people and that he wanted to kill white people, especially white police officers.

“You said there’s no link to a terrorist organization here, but the shooting in Dallas was by any definition terrorism and a hate crime, wasn’t it?” Dickerson asked.

“Well, there’s still an investigation being conducted by the Dallas police department and the FBI supported by many resources from the local government and the federal government,” Johnson responded. “So it’s still relatively early.”

But why couldn’t Johnson just come out and say that yes, the shooter’s actions were a hate crime?

According to the FBI’s definition, a hate crime is a “criminal offense against a person or property motivated in whole or in part by an offender’s bias against a race, religion, disability, sexual orientation, ethnicity, gender, or gender identity.”

Seems pretty clear cut, but then again so do the shooter’s motives, which President Obama seems to believe are “hard to untangle.”