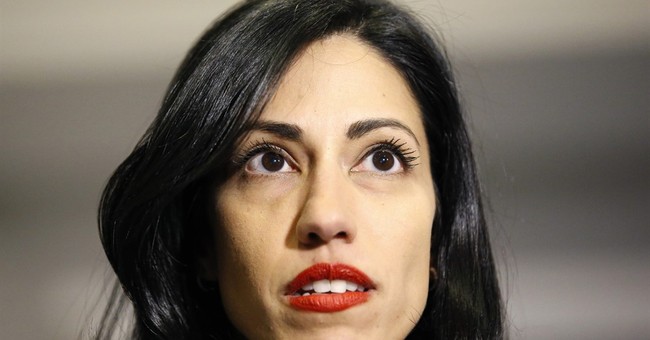 The FBI has begun formal interviews in its investigation over Hillary Clinton’s use of a private email server as secretary of state. According to an Associated Press source, the agency has already spoken with top Clinton aide Huma Abedin.

As reported in March, the interviews are meant to determine whether Clinton’s aides knowingly or negligently discussed classified information over the unsecure email system.

The FBI has interviewed Huma Abedin, a close aide to Hillary Clinton, as part of a federal investigation into Clinton's use of a private email server as secretary of state, a person familiar with the probe said Thursday.

The person insisted on anonymity to discuss an ongoing investigation.

The FBI and Justice Department have been investigating whether sensitive information that flowed through Clinton's email server was mishandled.

Abedin was one of Clinton's closest aides during her tenure as the nation's top diplomat, serving as deputy chief of staff.

Although a date for an interview with Clinton herself has not been set, officials say it will happen “in the coming weeks,” according to CNN.

FBI Director James Comey has made it clear that there is no timetable for wrapping up the investigation. The agency’s focus, he said, was on conducting the investigation “well and promptly.” But between the two, he said, doing it well was more important.

"From the start, Hillary Clinton has offered to answer any questions that would help the Justice Department complete its review, and we hope and expect that anyone else who is asked would do the same," Clinton campaign spokesman Brian Fallon told the AP. "We are confident the review will conclude that nothing inappropriate took place."

FBI officials overseeing the probe now expect to complete their work in the next few weeks and then turn over the findings to the Justice Department, which will make a final decision on whether to bring charges against anyone. Prosecutors from the Justice Department's national security division and from the U.S. Attorney's office in Alexandria, Va., have helped coordinate the FBI probe, closely overseeing investigative steps, the U.S. officials say.

“These FBI interviews are another reminder of the gross negligence Hillary Clinton displayed as Secretary of State when she set up an off the books email server that exposed classified information on thousands of occasion," Priebus said in a statement, reports The Hill.

"This reckless attempt to skirt government transparency laws put our national security at risk, and underscores just how big of a risk a Hillary Clinton presidency truly is."