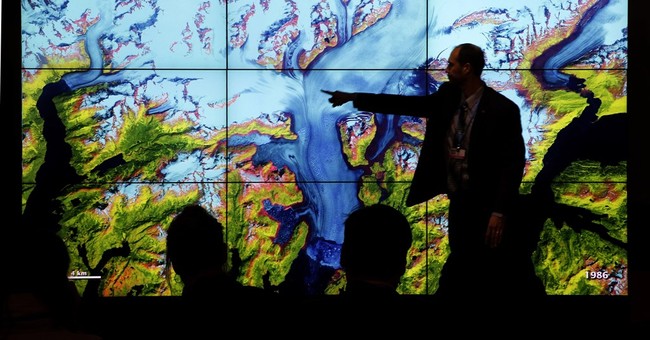 With the Obama administration set to sign on to the Paris climate agreement Friday, founder of The Weather Channel John Coleman isn’t mincing words when it comes to the role he believes science has taken at the United Nations.

“The environmentalists, bureaucrats and politicians who make up the U.N.’s climate panel recruit scientists to research the climate issue. And they place only those who will produce the desired results. Money, politics and ideology have replaced science,” John Coleman wrote in a USA Today op-ed.

Secretary of State John Kerry will sign the nonbinding climate agreement on Earth Day, which “sets a long-term goal of keeping the increase of global average temperatures at less than 2 degrees Celsius from pre-industrial levels.”

Coleman argues that all the climate change alarmism needs to be put aside so that science can be the focal point of the debate.

“When all the scare talk is pushed aside, it is the science that should be the basis for the debate. And the hard cold truth is that the basic theory has failed.Many notable scientists reject man-made global warming fears. And several of them, including a Nobel Prize winner, are in the new Climate Hustle movie. The film is an informative and even humorous new feature length movie that is the ultimate answer toAl Gore’sAn Inconvenient Truth. It will be shown one day only in theaters nationwide on May 2,” Coleman writes.

“As a skeptic of man-made global warming, I love our environment as much as anyone. I share the deepest commitment to protecting our planet for our children and grandchildren. However, I desperately want to get politics out of the climate debate. The Paris climate agreement is all about empowering the U.N. and has nothing to do with the climate.”