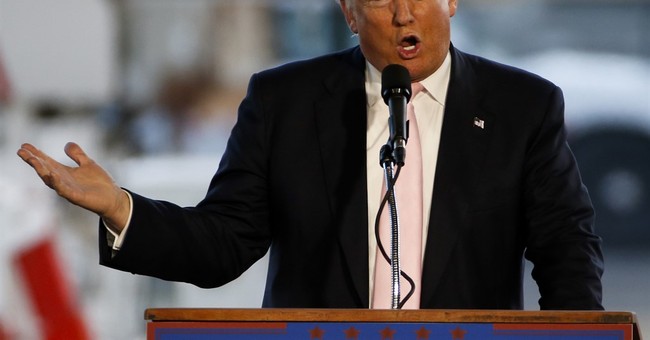 With Donald Trump racking up wins in three more states (possibly four) on Tuesday, it’s looking much more likely he could be the GOP’s nominee, though whether he could win the general election is a different story.

If that were to happen, however, The Economist believes a Trump presidency poses a serious global risk. So serious, in fact, that the magazine has ranked it among its top 10 global risks for April.

“In the event of a Trump victory, his hostile attitude to free trade, and alienation of Mexico and China in particular, could escalate rapidly into a trade war - and at the least scupper the Trans-Pacific Partnership between the US and 11 other American and Asian states signed in February 2016,” the report states.

It also included his “exceptionally right-wing stance on the Middle East and jiadhi terrorism” as a reason a Trump presidency poses such a grave international risk.

“His militaristic tendencies towards the Middle East (and ban on all Muslim travel to the US) would be a potent recruitment tool for jihadi groups, increasing their threat both within the region and beyond,” the report continues.

While acknowledging they do not believe he could beat Hillary Clinton, significant events like a terrorist attack or sudden economic downturn could turn the tide for Trump.

“It is worth noting that the innate hostility within the Republican hierarchy towards Mr Trump, combined with the inevitable virulent Democratic opposition, will see many of his more radical policies blocked in Congress - albeit such internal bickering will also undermine the coherence of domestic and foreign policymaking,” the report states in conclusion.

Among the more serious global risks ranked above Trump include a hard economic downturn in China, a new cold war, and a ‘Grexit’ which in turn triggers a break up of the Eurozone.