Hmm: Carson Says Trump 'Doesn't Really Believe' Some of the Things He Says 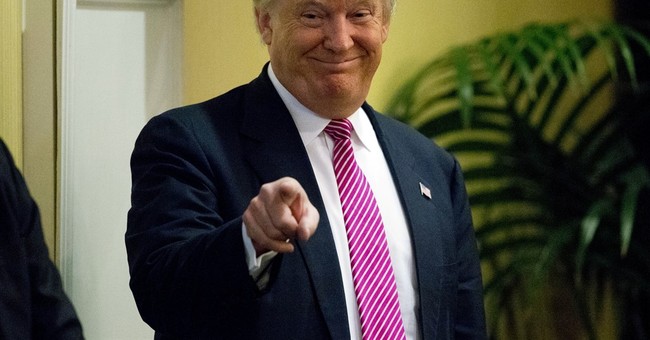 Why, exactly, did Dr. Ben Carson end up choosing to endorse Donald Trump? In an interview with The Hill, Carson described how he ruled out Kasich and Rubio—the numbers simply didn’t add up for them regarding a path to the nomination—and that he felt Cruz was too ‘polarizing’ of a figure, who, if nominated, would end up losing to Clinton.

That left Trump, but he had some reservations, so he met with the real estate mogul for more than an hour at his Mar-a-Lago resort in Palm Beach, Fla., for a sit down. Roughly 24-hours later Carson was more than reassured and decided to officially throw his support behind the businessman.

“I needed to know that he could listen to other people, that he could change his opinions, and that some of the more outlandish things that he’s said, that he didn’t really believe those things,” Carson told The Hill.

That last line is raising some eyebrows, especially considering he wouldn’t elaborate on which statements Trump really didn’t believe.

“I’ll let him talk about that because I don’t think it’s fair for me to relay a private conversation,” he said.

Pro-lifers are wondering whether that applies to abortion, while, in light of the controversy over what he privately told The New York Times editorial board, perhaps it means his positions on immigration?

This is a troubling comment indeed for the many Republicans out there who are wary of throwing their support behind someone they were already worried may betray the GOP.