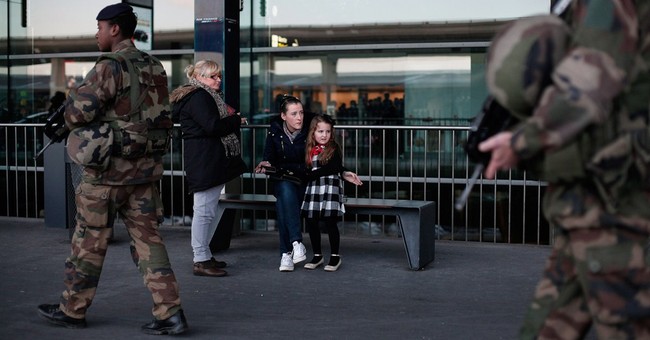 The Nov. 13 terror attacks in Paris has forced France to examine its security policies, including at the Charles de Gaulle Airport, where it was recently discovered that 57 employees who had access to airplanes and runways were on a terror watch list.

Now, the security passes of 86,000 workers at the Paris airport will be reviewed, according to a report by the Sunday Times of London.

Police carried out extensive searches of the airport under state-of-emergency powers after the Nov. 13 Paris attacks in which 130 people were killed and 350 injured by Islamic State militants.

Belgium, where several of the Paris attackers had lived, also has pulled security badges from several airport workers after discovering that some had links to jihadis who had traveled to Syria.

Meanwhile, anxiety has been brewing about radicalism among bus, Metro and railroad workers.

Samy Amimour, who blew himself up in the Bataclan concert hall in Paris, managed to get a job as a bus driver while on a watch list.

The recent finding of Arabic graffiti on four planes at two French airports, including one that had “Allahu Akbar” written on a fuel tank hatch, has only increased security concerns. While the graffiti in and of itself is not harmful, it raises serious questions about who has access to restricted airport locations.