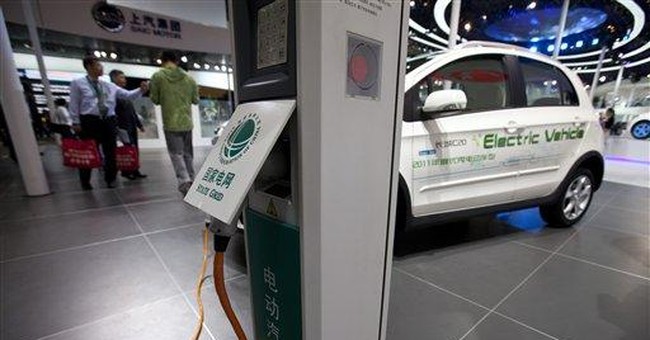 Electric cars are often touted as the most environmentally friendly vehicles out there, but the devil is always in the details. While charging tends to be the focus of environmental assessments, the entire life cycle of the vehicle needs to be considered.

Researcher and former electric car enthusiast Ozzie Zehner put it best when he said, “moving from petroleum-fueled vehicles to electric cars starts to appear tantamount to shifting from one brand of cigarettes to another."

Zehner is not alone in his assessment. A new study published by the Proceedings of the National Academy of Sciences echoes his finding that green cars aren’t very green at all.

"It's kind of hard to beat gasoline" for public and environmental health, said study co-author Julian Marshall, an engineering professor at the University of Minnesota. "A lot of the technologies that we think of as being clean ... are not better than gasoline."

The key is where the source of the electricity all-electric cars. If it comes from coal, the electric cars produce 3.6 times more soot and smog deaths than gas, because of the pollution made in generating the electricity, according to the study that is published Monday by the Proceedings of the National Academy of Sciences. They also are significantly worse at heat-trapping carbon dioxide that worsens global warming, it found.

The study examines environmental costs for cars' entire life cycle, including where power comes from and the environmental effects of building batteries.

"Unfortunately, when a wire is connected to an electric vehicle at one end and a coal-fired power plant at the other end, the environmental consequences are worse than driving a normal gasoline-powered car," Ken Caldeira of the Carnegie Institution for Science told AP.