Krauthammer: 'If Fences Don't Work, Why Is There One Around The White House?' 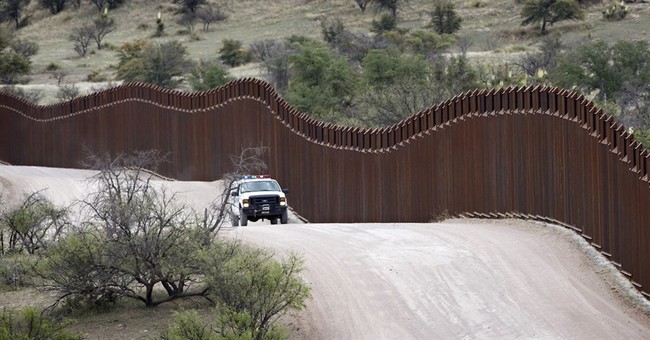 The illegal immigration problem at the Southwest border is worse than it has ever been—tens of thousands of unaccompanied minors are coming into the U.S. at unprecedented rates. Border Patrol is overwhelmed and lacking adequate resources to handle the influx, and the administration’s proposed solutions to stem the tide are underwhelming to say the least.

But the illegal immigration problem isn't new, of course. For the past several years we've been working on ways to fix the problem. The Senate passed a sweeping immigration reform bill last year, and now, Democrats, including Obama, are warning House Republicans that if they don't act soon, the president will act unilaterally.

Fox News’ Bill O’Reilly had Charles Krauthammer on the show this week to discuss immigration reform, and when asked how he would secure the border, Krauthammer had a simple solution: a fence.

BILL O'REILLY: How do you secure the border, Charles?

CHARLES KRAUTHAMMER: Alright, here's what I've been on for years. You start with a fence. It's very simple. People say, 'Oh, fences don't work. You make a ladder.' Well, then you build two fences, triple strand fences. San Diego did that in the mid 90's and within a decade, the illegal immigration rate at that point was reduced by 90% and people ended up going through other places like Arizona.

If fences don't work, why is there one around the White House? If they don't work, why is it that the Israeli fence which separate Israel from the West Bank has cut down terror attacks within Israel by 99%. Fences work. Yes, there are parts of the border where you can't have a fence, fine. So you don't have it in those areas and you do heavy patrols. But there is no reason why a rich country like us cannot put a fence across -- a double fence, a triple fence and patrol it all the time. That would have a tremendous impact.