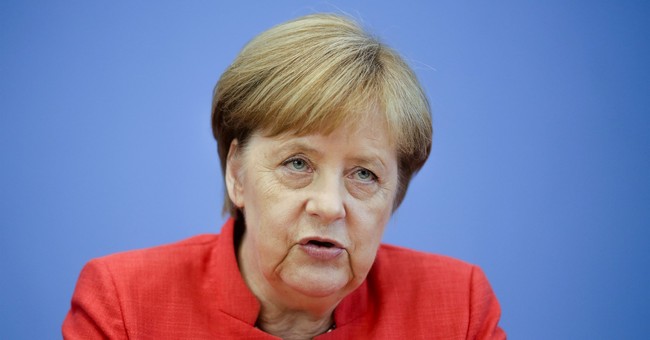 President Trump got an unlikely defender Friday after it was announced that he would be meeting with Russian President Vladimir Putin at the White House later this year. German Chancellor Angela Merkel praised the proposed meeting as “good for all” and a “return to normality.”

"That talks are held is basically good for all, in particular between these two countries," she said at a press conference.

"I find that meetings between the US and Russian presidents must return to normality," she added.

Despite backlash over his Helsinki summit with Putin, The White House announced Thursday that President Trump has invited Putin to the White House in the fall for more discussions.

Many high-ranking Democrats and some Republicans criticized President Trump’s remarks at a press conference following the summit where he appeared to downplay Russian interference in the 2016 presidential election. Trump later clarified that he agreed with the U.S. intelligence community’s assessment of the issue.

Despite trade and spending disputes between the U.S. and Germany, Merkel stressed the importance of maintaining a good relationship.

Merkel said cooperation between the countries is "of course central for us and I will continue to nurture it." She said it produces "win-win" situations.