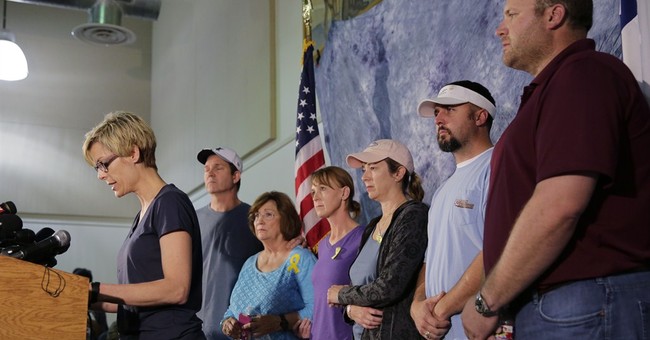 Texas Councilwoman Kellye Burke, a Democrat and Moms Demand Action member, was charged with misdemeanor for disorderly conduct Wednesday after she yelled obscenities at a group of teenage girls, one of whom was wearing a Trump shirt.

The father of one of the girls told KPRC-TV that the girls were in line to buy cookies for their nearby church when Burke went up to them and started screaming, “Grab em by the p***y girls!"

One of the girls was wearing a shirt that said, "Trump: Make America Great Again."

The father said the girls tried to ignore Burke and "then, she yells it again!"

"At that point the girls were getting kind of scared, and then the woman starts, you know, going, 'MAGA! MAGA! MAGA!' while shaking her fist," he continued.

He said the girls left and didn’t respond to Burke but they noticed that she had taken a picture of one of them.

"They were scared," the father said. "They were absolutely scared. My little girl essentially wanted to know if this woman was going to hurt her."

"Adults can’t behave towards children like that, period," he added.

In a statement released through her attorney on Thursday, Burke apologized but added that she didn’t think “repeating the words of the President of the United States is a crime.”

The father says Burke has reached out to his wife, met with, and apologized to both of them.

"We accepted her apology," he said. "I would be just as angry if any parent said this to my child but as an elected official I’ll let her voters handle this matter.