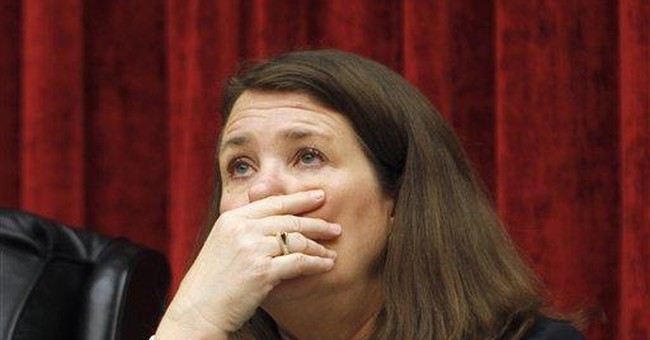 Rep. Diana DeGette (D-CO) said Monday on MSNBC’s Meet the Press that her former colleague, Democratic Congressman Bob Filner pinned her against the door of an elevator and tried to kiss her back when they were both serving in the House.

“Some years ago, I was in an elevator and then-Congressman Bob Filner tried to pin me to the door of the elevator and kiss me. And I pushed him away,” DeGette said, “and of course some years later he left Congress, he became the mayor of San Diego and then he had to leave that position for harassing younger women.”

“What really concerns me is that these men who are in positions of power like Congressmen Filner, I mean, I was his colleague,” she added. “He couldn’t take action against me. And believe you me, I never got in an elevator with him again.”

DeGette added that she thought that many of her female colleagues have experienced sexual harassment in Congress. She said women in Congress and elsewhere have said this is going on but are reluctant to name names, something DeGette says she doesn't understand because that means the accusers "are still getting away with it."

Filner was in the House from 1993 until 2012. He became mayor of San Diego in 2012 but was forced to resign in 2013 after multiple allegations of sexual harassment.

While other female lawmakers have recently spoken out about sexual harassment that they’ve experienced from colleagues, DeGette is the first so far to actually name her harasser.

DeGette also spoke of an incident that occurred when she was a “young congresswoman,” and a French diplomat tried to put his hand up her dress at a diplomatic dinner.

“You can imagine the shock when you’re sitting at a dinner like that,” DeGette emphasized.