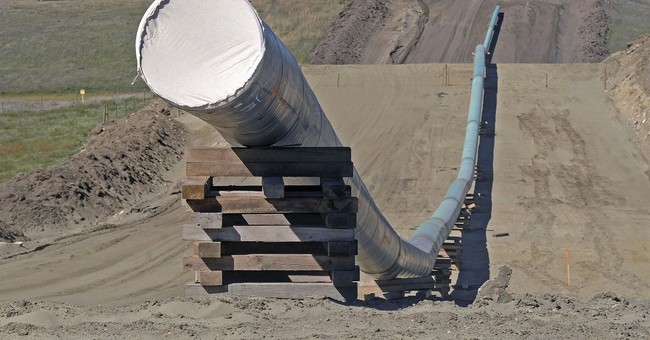 “While we are strong advocates for the First Amendment, violence toward individuals and destruction of property are both illegal and potentially fatal,” the lawmakers write.

"We realize the Department of Justice (DOJ) faces unique challenges when confronting these crimes, including identifying suspects amidst the rural and remote infrastructure across the country. But maintaining safe and reliable energy infrastructure is a matter of national security," the letter says.

"Operation of pipeline facilities by unqualified personnel could result in a rupture — the consequences of which would be devastating,” they emphasize. “Even though some activists commit these acts of sabotage to raise awareness about climate change, they only create the serious risk of harm to the environment they claim to care about."

The letter referenced an October 2016 sabotage attempt in which activists in four states tried to stop oil flowing through pipelines.

The activists said the attempt was “in support of the Standing Rock Sioux Tribe, which has protested the construction of a separate $3.7 billion pipeline carrying oil from North Dakota to the U.S. Gulf Coast over fears of potential damage to sacred land and water supplies.”

The letter specifically asks Sessions whether the Justice Department is investigating or prosecuting the activists involved in that sabotage attempt.

The congressmen go on to ask whether “attacks against the nation’s energy infrastructure, which pose a threat to human life, and appear to be intended to intimidate and coerce policy changes,” fall under the Department of Justice’s understanding of domestic terrorism.

The letter also comes at a time when Environmental Protection Agency Administrator Scott Pruitt has been forced to have an unprecedented amount of security due to the number of death threats he receives.

“Environmental activists who choose to use violence against our nation’s energy infrastructure and the men and women who work in the energy industry should be prosecuted to the full extent of the law,” Rep. Buck said in a statement. “While I will continue to support their right to protest policies they disagree with, we need to send a strong message to those who destroy property that such dangerous behavior will not be tolerated by the communities who live around and rely on this energy infrastructure.”