House to Vote on Tough Sanctions Bill on Russia, North Korea, and Iran 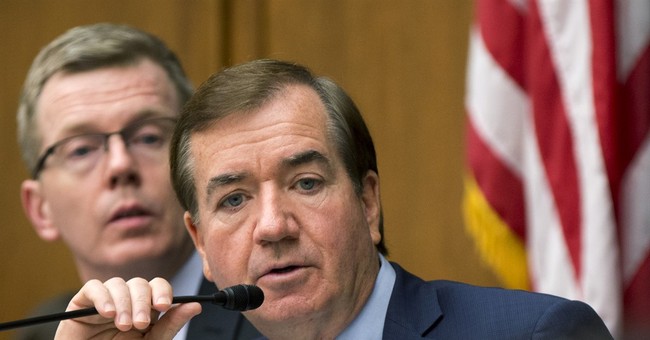 The House is voting Tuesday on the bipartisan Countering Adversarial Nations Through Sanctions Act which focuses tough sanctions on Iran, North Korea, and Russia for human rights abuses and threats to national security.

The bill makes existing Russia sanctions law citing the crisis in eastern Ukraine, cyberattacks, and human rights abuses. It also imposes new sanctions on Russia for assisting the Assad regime and, in a move that drew some pushback from the White House, requires any Russia sanctions relief by the president to be subject to congressional review.

The bill aims sanctions at anyone contributing to Iran’s ballistic missile program, which is attempting to develop missiles capable of delivering nuclear warheads. The bill also sanctions Iran’s Revolutionary Guards Corps for their support of terrorism.

The bill sanctions those employing North Korean slave labor, and attempts to crack down on illicit trade by North Korea by targeting its shipping industry and its access to international ports.

“North Korea and Russia and Iran all pose serious threats to our national security. Successive administrations have struggled and failed to address them, and it is well past time to respond with meaningful action,” Foreign Affairs Committee Chair Ed Royce (R-CA) said prior to the vote Tuesday.

“In recent months,” he added, “it’s been encouraging to see the United States finally put Iran on notice for its support for terrorism and other dangerous acts and press Beijing to play a productive role in countering Kim Jong Un. Now it’s time to take the next steps.”

"I am pleased to see the Congress work as a whole to hold Iran, Russia, and North Korea accountable for their continued destabilizing activities across the world," Sen. Robert Menendez (D-NJ) said in a statement on Monday.

Despite the requirement of congressional review for the lifting of sanctions on Russia, the Trump administration has indicated support for the bill.

"We support where the legislation is now, and will continue to work with the House and Senate to put those tough sanctions in place on Russia until the situation in Ukraine is fully resolved," White House spokeswoman Sarah Sanders said on ABC's This Week.

The Kremlin has signaled strong disapproval of any new sanctions.

"We consider such a continuation of the rhetoric of sanctions counter-productive and harmful to the interests of both countries," Kremlin spokesman Dmitry Peskov said.

The bill is expected to pass the House. The vote will take place at 5 p.m. EST.

Update: The House passed the bill.