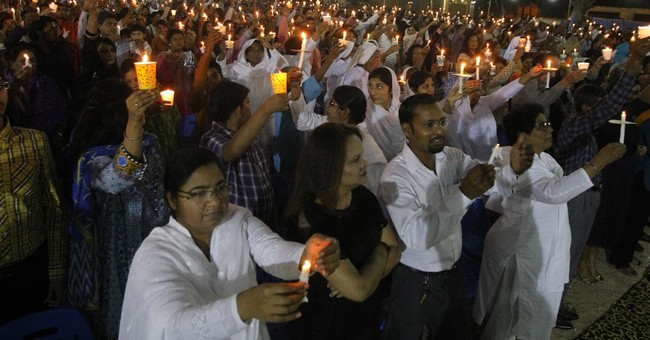 This designation goes to “any country whose government engages in or tolerates particularly severe religious freedom violations that are systematic, ongoing, and egregious.”

Russia made the Tier 1 list for the first time representing, according to the report, “a unique case among the countries in this report—it is the sole state to have not only continually intensified its repression of religious freedom since USCIRF commenced monitoring it, but also to have expanded its repressive policies to the territory of a neighboring state, by means of military invasion and occupation.”

USCIRF noted that some countries that were designated as CPCs last year have “made efforts to address religious freedom concerns. For example, USCIRF does not recommend Egypt and Iraq for CPC designation in 2017, as it had for Egypt since 2011 and Iraq since 2008.”

“In Egypt, while ISIS affiliates increasingly targeted Coptic Christians, the government took some positive steps to address religious freedom concerns, although the rest of its human rights record has been abysmal,” USCIRF explains, “In Iraq, while the Iraqi government has sought to curb sectarian tensions, ISIS has committed genocide, ruthlessly targeting anyone who does not espouse its extremist ideology.”

Another first for the commission was the designation of Entities of Particular Concern (EPC)s, mandated by the revamped Frank R. Wolf Religious Freedom Act of 2016. An EPC is defined by the act as “a non-sovereign entity that exercises significant political power and territorial control; is outside the control of a sovereign government; and often employs violence in pursuit of its objectives.”

USCIRF recommended the Islamic State of Iraq and Syria (ISIS), for its genocidal campaign against religious minorities in the Middle East, as well as the Taliban, and al-Shabaab in Somalia to be designated as EPCs.

The Commission also noted in its report that it is monitoring Western Europe for a growing tide of anti-Semitism particularly in France which has the largest Jewish community in Europe.

“A poll released in September 2016 showed declining numbers of European Jews going to synagogues on high holy days due to increased security concerns,” the report notes. “Reports indicate increasing Jewish emigration from Western Europe, particularly France, in the past several years. Numbers of French Jews immigrating to Israel, which spiked at 7,900 in 2015, reached 5,000 in 2016. By contrast, the number was fewer than 1,900 in 2012.”

It also notes that “Islamist extremists have been the main perpetrators of anti-Semitic violence” in Western Europe.