Trump Tweets Reply to Flynn Rumors: Flynn ‘Should Ask for Immunity’ Because This is a ‘Witch Hunt’ 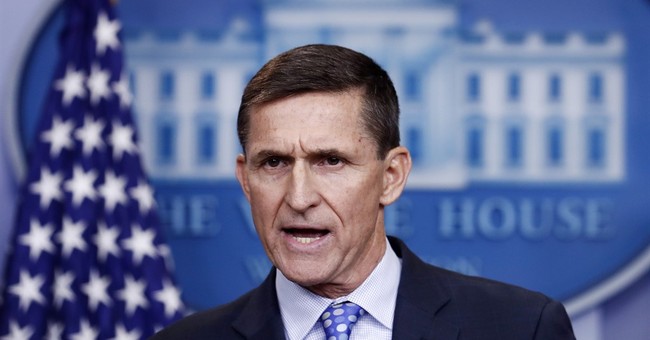 President Donald Trump tweeted Friday morning that his former national security advisor Michael Flynn “should ask for immunity” in exchange for testimony on ties with Russia because “this is a witch hunt” by the media and Democrats of “historic proportion.”

Mike Flynn should ask for immunity in that this is a witch hunt (excuse for big election loss), by media & Dems, of historic proportion!

The President was responding to a Wall Street Journal report Thursday evening that Flynn has offered to testify on ties to Russia to the FBI and Senate and House Intelligence Committees in exchange for immunity.

A congressional aide confirmed to the Associated Press Friday that there have been discussions with the Senate Intelligence Committee involving immunity.

Flynn was forced to resign in February over his failure to disclose phone communications with the Russian ambassador.

The AP also reports that Flynn’s lawyer Robert Kelner, said Flynn “certainly has a story to tell and he very much wants to tell it, should the circumstances permit.”