‘The Terroristic Acts Of A White Supremacist’: Sports World Reacts to Rittenhouse Verdict 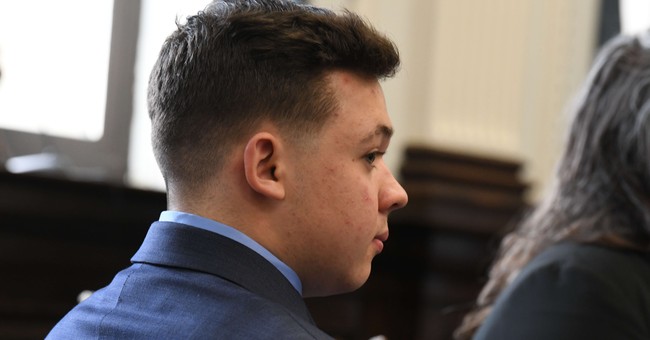 Current and former professional athletes slammed Friday's not guilty verdict in the Kyle Rittenhouse trial as evidence of a racist America and criminal justice system.

Colin Kaepernick, a former San Francisco 49ers quarterback, said the result of the trial shows the need for "our current system" to be abolished while referring to Rittenhouse as a "white supremacist."

"We just witnessed a system built on white supremacy validate the terroristic acts of a white supremacist," Kaepernick tweeted Friday following the verdict. "This only further validates the need to abolish our current system. White supremacy cannot be reformed."

Meanwhile, NFL free agent quarterback Robert Griffin III appeared to compare Rittenhouse's self-defense case to that of a man convicted of first-degree murder for the shooting death of Oklahoma businessman Paul Howell during a carjacking in 1999.

"Kyle Rittennhouse [sic] can kill without a sliver of doubt & walk free but Julius Jones is in jail for life without the chance for parole after being on death row for 20 years with all types of doubt in his case," Griffin said Friday in a tweet. "What is Justice? God help us."

And NASCAR driver Bubba Wallace said that, had Rittenhouse been black, he would have been convicted and been sentenced to life or been killed before the case even made it to trial.

Ha, let the boy be black and it would’ve been life…hell he would’ve had his life taken before the bullshit trial.. sad

This comes after Los Angeles Lakers forward LeBron James mocked the 17-year-old defendant for crying while giving testimony at the trial about what happened the night of the shootings he was on trial for.

"What tears????? I didn’t see one. Man knock it off! That boy ate some lemon heads before walking into court," James said in a Nov. 10 tweet.

James did not issue any remarks on the verdict of the Rittenhouse trial.