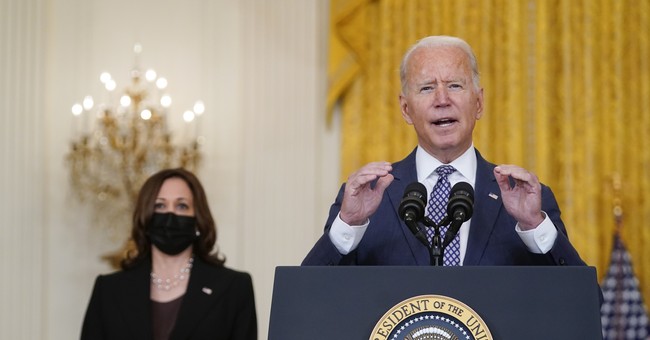 Highlighting the FDA's approval of the vaccine, the president pushed for businesses to "step up the vaccine requirements that will reach millions more people." He also called on unvaccinated Americans wary of a to get the jab now that the vaccine received approval from the FDA. Many were hesitant to get the shot until it received such approval.

"If you’re a business leader, a nonprofit leader, a state or local leader who has been waiting on full FDA approval to require vaccinations, I call on you now to do that. Require it," Biden said.

"If you’re one of the millions of Americans who said they will not get the shot until it has full and final approval of the FDA – it has now happened," he continued. "The moment you were waiting for is here. It’s time for you to go get your vaccination."

More than 60 percent of Americans 12 years of age and older are fully vaccinated against the coronavirus while 71 percent have received at least one dose of the vaccine, according to data from the Centers for Disease Control and Prevention.

Biden's comments on Monday comes after he announced in July that federal employees must get vaccinated.

Pentagon press secretary John Kirby said that the Department of Defense will be updating guidelines on vaccine requirements for military personnel after the FDA approved the Pfizer vaccine Monday.

Pfizer is the first COVID vaccine to receive approval from the FDA. And while the Moderna and Johnson & Johnson vaccines are still under emergency authorization, they are expected to be approved by the FDA in the coming months.