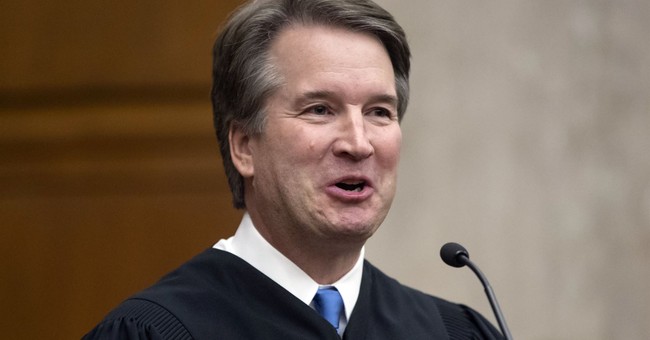 Sen. Donnelly did not allow press in this meeting, which the Washington Free Beacon pointed out, was held in his taxpayer-funded office.  However, Donnelly’s campaign did release b-roll footage of the meeting on YouTube.

This footage could be potentially used by Donnelly’s campaign as he builds support for his relection in a state which President Trump won by 19 points in 2016. It is important to note that the released footage is only b-roll with no VSOTs (Voice Over Sound On Tape).

While no cameras were allowed inside Donnelly's office. His staff released a picture after the meeting, reported Fox 59.

Donnelly issued the following statement: “I had a wide-ranging conversation and productive meeting with Judge Kavanaugh. This was an important opportunity to sit down and talk in-depth with Judge Kavanaugh about: his record; experience working in the Bush Administration and serving on the federal bench; and views on the role of the Supreme Court as well as on a range of issues including precedent, health care, and judicial independence.