MSNBC Host Suggests 'Racism' As Cause For Family Separation of Illegals 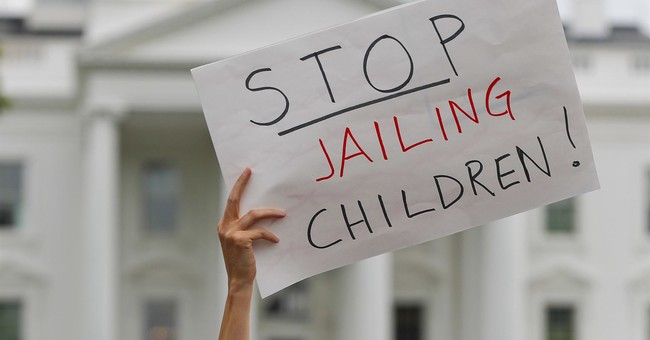 On Sunday, MSNBC correspondent Mariana Atencio suggested to Joy Reid on MSNBC’s AM JOY that racism is the motivation behind the separation of illegal families.

Atencio recalled the case of one mother who spoke with MSNBC on Thursday. The mother is being detained and remains separated from her daughter. Reid conflated legal asylum seekers with illegal immigrants who only seek asylum after they cross the border illegally. “And just to be clear, she is in a detention facility like a criminal, it is not illegal to seek asylum,” said Reid.

“She’s essentially in prison, I spoke to her through a glass window, on a prison like phone” said Atencio, according to a report by NewsBusters.  “I spoke with her on Thursday, it’s Sunday, she’s still in there.”

"So it starts to sound like a dystopian thriller here, and we can't avoid what happens when we don't confront this type of racism and xenophobia head on, and that's why I commend the job that you're doing -- this platform…” said Atencio.

“Well, you guys are doing the real work,” responded Reid, referencing Atencio and her other guest Jacob Soboroff, an MSNBC and NBC correspondent.

Ahead of her Sunday morning appearance on MSNBC, Atencio, asked the mother she has been in correspondence with ...."what do you want our audience to know?" “Don’t forget us,” responded the mother.

A similar situation was occurred on the Friday edition of CNN’s New Day, where it was suggested by CNN’s guest and immigration attorney Eileen Blessinger, that children and parents are being kept apart by lawsuits from liberal groups, which is similar to what was faced by the Obama administration.