Hollywood Celebrities Gear Up For the 2018 Midterms 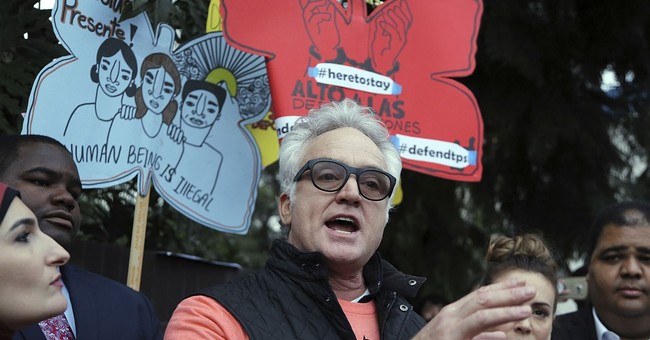 As the midterms loom imminently upon us, many Hollywood celebrities, displeased with President Trump, are prepping to claim their stake in the midterm elections, and not just with their wallets.

Sunday July 29th, marked 100 days till election day, that is just a little over three months. However,  some celebrities hesitate to get involved due to the failed celebrity push to elect Hillary Clinton in 2016.

It is traditional for left-leaning Hollywood to support candidates financially even in low-profile political elections. Barbara Streisand donated $10,000 from the DCCC, and even more to House races that are targeted by the GOP.  Other celebrities including Ben Affleck, Leonardo DiCaprio and Jennifer Garner maxed out their donations to Kentucky Allison Grimes (D) who lost in a close race to Senate Majority Leader Mitch McConnell.

On the left, celebrities tend to focus on fundraising during elections. However right leaning celebrities tend to focus on electoral politics and often run for office themselves.  One example is Stacey Dash who was catapulted to stardom with her role in the hit 1990s film “Clueless.” She is also the author of There Goes My Social Life: From Clueless to Conservative and is a former contributor to Fox News.  Dash initially cast her run for Congress in California’s 44th district, but eventually announced she was withdrawing her candidacy this past March.

Actor Bradley Whitford, who played a key role in the NBC sitcom “West Wing” which aired from 1999-2006 in which his character was deputy chief of staff to President Bartlett who was portrayed by Martin Sheen. Whitford donated thousands to Democrat Abby Abby Finkenauer who is running against Rep. Rod Blum (R-Iowa), and is considered to be on elf the Democrats top targets. Rob Lowe, who also starred in the “West Wing” as Sam Seaborn, is also known for his political activism on the Republican side.

This November’s midterms could see the same stars kicking up their political involvement.

“Launched earlier this month, the non-profit effort, ‘When We All Vote,’ aims to ‘spark a conversation about our rights and responsibilities in shaping our democracy.’ It features a bevy of famous faces, including actor Tom Hanks, country music stars Tim McGraw and Faith Hill, “Hamilton” creator Lin-Manuel Miranda, singer Janelle Monae and NBA star Chris Paul.” (The Hill)

“I think every American citizen should be more vocal and should be talking it," she said. "I would encourage everyone to be having conversations.”

Democratic Strategist Rodell Mollineau with Rokk Solutions said that in 2014 we saw many celebrities using their position, as well as their online platform, to encourage millennials to go out and vote and get politically active. We are likely to see more of the same in 2018.