'The Market Choice Act' Will Cause Division In The GOP 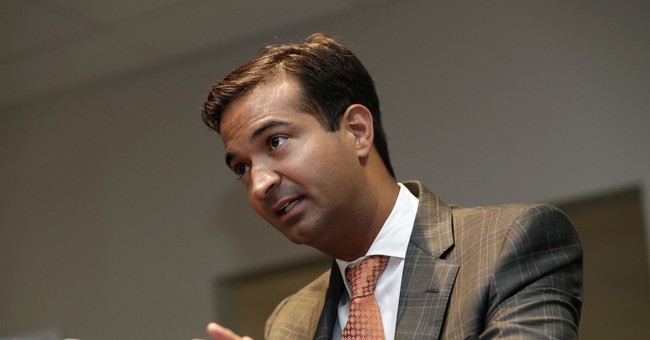 On Monday, Columbia University hosted a discussion of "The Market Choice Act" a carbon tax bill that has been introduced by Rep. Carlos Curbelo a Republican representing the 26th district of Florida, co-chair and co-founder of the House Climate Solutions Caucus.

According to a press release issued by Curbelo’s office today,  the legislation would reduce carbon emissions as well as funding infrastructure.

“The Curbelo proposal would impose a tax on carbon dioxide emissions that starts at $24/ton of CO2e in 2020, and it repeals the federal excise taxes on gasoline and diesel fuels... The proposal would generate significant new government revenues that would be used to fund the US transportation system and provide dividends to low-income families, among other uses. Analysis using the Diamond-Zodrow dynamic computable general equilibrium model provides estimates of the effects of the price changes and revenue uses on the US economy and the welfare of low-income households,” according to the  analysis of the legislation by Columbia University.

“At this time of deep political division, and at least some days political chaos, I am offering this big, sober solution to address some of our country’s greatest challenges,” said Curbelo.

As laid out by Curbelo, the legislation would accomplish the following four achievements. First, it would  “reduce carbon emissions” and exceed the conditions agreed to under the Paris agreement. Second, the bill raises the funds needed to improve our national infrastructure. Thirdly, the bill will eliminate “regressive, inefficient and discriminatory taxes” such as the gasoline tax. Lastly, the bill creates long-term regulation stability by establishing a moratorium on the EPA from finalizing and enforcing Clean Air Act regulations on greenhouse gas emissions – thus providing much-needed regulatory certainty for utilities and businesses and limiting economic repercussions of additional regulations,” said Curbelo.

This carbon tax is likely to face oppostition from the GOP. “Curbelo's bill represents the quandary some Republicans are in when it comes to climate change. He is a moderate Republican facing reelection in a purple state whose bill is strategically designed to bridge the wide gap between his party and Democrats,” reports the Washington Examiner.

Grover Norquist of Americans for Tax Reform told the Washington Examiner, that this is a non-issue, despite the desire to pretend that it’s a "live-issue."  Economists say that a carbon emission tax is the most effective way to combat climate change, a prospect which could appeal to GOP skeptics.

“There are a couple of elements in the Curbelo bill that are very positive and that Republicans should like,” Josiah Neeley told the Examiner, the energy policy director of the R Street Institute, a free-market think tank.

“The fervency of opponents’ responses demonstrates that these ideas could have real traction and can happen more quickly than most people think,"  Joseph Majkut told the Examiner, a climate scientist at Niskanen Center, a libertarian think tank supporting a carbon tax.

During his speech, Curbelo indicated that he would not be the sole sponsor of the legislation, which was introduced on Monday.