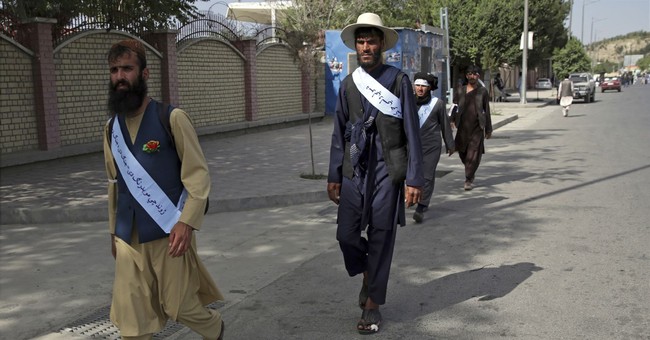 A five-star hotel was approved for construction across the street from the U.S. embassy in Kabul, Afghanistan, back in December of 2006 by the Overseas Private Investment Commission (OPIC), which is the development finance institution of the U.S. government.

Last year, an investigation by the Special Office of the Inspector General for Afghanistan Reconstruction (SIGAR) discovered that almost $85 million in investments have been wasted due to “troubling management practices and lax oversight,” according to the Fox report.

OPIC approved construction and a $60 billion loan to build the hotel. Furthermore, back in 2011, $27 million was approved by OPIC for construction of the luxury apartment building, which sits adjacent to the now abandoned, five-star Marriott.

According to the Fox report, the Marriott Kabul Hotel was intended to provide a pathway for Afghan refugees returning to the country, and was supposed to provide a “major boost" to the reconstruction efforts in Afghan’s post-war world.

The construction of the hotel began back in 2009 after the first loan payment was made. In 2013, according to the Fox report, progress on the hotel stopped after the construction company delivered its fourth and last report. OPIC was notified that construction was halted due to “security issues.”

The U.S. government is still footing the security bill for this abandoned hotel. It is spending $92 million to guard an unfinished, abandoned hotel, which now poses a security risk to embassy workers, due to its location. As it is located only 400 feet from the U.S. embassy, it could serve as a sniper nest.

“It’s your classic example of what’s wrong in Afghanistan. It looks good on the two sides facing the streets but if you walk inside it’s an empty shell," said John Sopko, the Special Inspector General for Afghanistan Reconstruction (the American watchdog for tax dollars spent in Afghanistan) during an interview with Hill.TV. "Their defense was that it was too dangerous to send anyone out to check on the hotel. Well the hotel is only 400 feet as you say away from the embassy. It was very easy to go over and check it out. They never did. Again, no one is held responsible.”

Taxpayer dollars are put towards providing 24-hr security for the hotel. One option considered has been tearing the hotel down, however as the U.S. government owns only the structure and not the land it sits on, the land itself would have to be purchased before the structure could be torn down.

“Sopko said the constant U.S. leadership changes in Afghanistan have made it difficult for several projects to be completed,” according to a report by the Hill.

“You can’t pinpoint one source; there is no one person involved and part of the problem is we have divided responsibilities and divided leadership and poor planning," said Sopko.