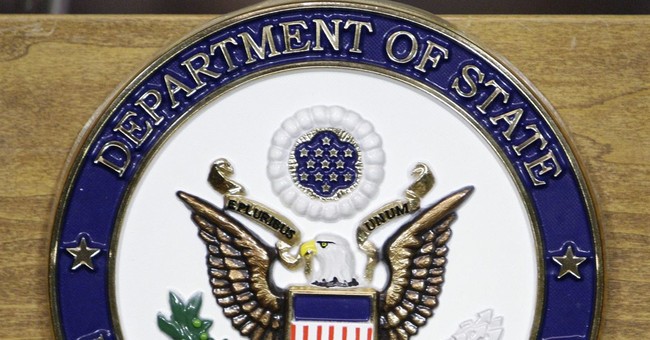 According to a joint status report from the United States District Court for the District of Columbia, the State Department has informed Citizens United that they need 45 years to fulfill a FOIA request.

The plaintiff, Citizens United, submitted a FOIA (Freedom of Information Act) request seeking: “All emails sent and received by former Assistant Secretary of State for European and Eurasian Affairs Victoria Nuland (from March 1, 2016 through January 25, 2017).”

The parties have reached some level of agreement concerning narrowing the scope of the request.  “State has informed Plaintiff that its search has uncovered approximately 104,629 potentially responsive documents.”

Citizens United has agreed concerning terms narrowing the search, that the search can exclude "universe e-mails" as well as attachments which hit on "five key words." However, this agreement of terms has only narrowed the search to 9,000 documents.

“Moving forward, State is able to propose monthly productions in this case in which it will process a minimum of 300 pages per month. It understands that Plaintiff would like State to commit to a higher a processing minimum in this case. Unfortunately, constraints on its resources will not make this possible,” according to the report.

Judge McFadden ordered the State  Department to strive to process at least 600 pages a month. According to the report, the agency regrets its inability to commit to a higher processing minimum, however they will aspire to more pages in a month if resources allow.

“However, a commitment to process more than this volume would reduce State’s capacity to comply with production orders issued by courts in existing cases.”

The State Department has completed its search for records, according to the report.

“The defendant now remarkably asks for 45 years to 66 years to review less than a year’s worth of emails for one individual.”

According to the report, even eliminating the 9,000 documents of key words, it would still require 41-61 approximately to “produce and process responsive records."  The State Department has proposed to review the documents at a rate of 300 pages a month, which is just a little more than half a ream of paper.

According to the report, the State Department has not sufficiently demonstrated that it faces significant pressures that would justify such a small rate of processing.

"The government, at least the state department seems to slow walk every FOIA request,“ Michael Boos, Vice President and General Counsel of Citizens United, told Buck Sexton of The Hill TV’s ‘Rising’ this morning.  “Under FOIA the government has 10 days to respond to a request, often that response is a postcard which says ‘we’ve received your request.’”