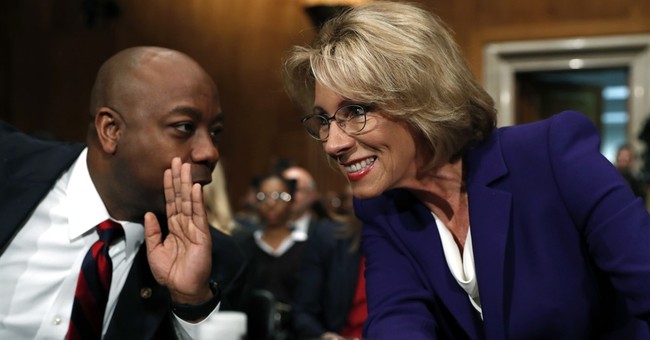 "Locking vulnerable kids out of the classroom is locking adults out of their future. Our public schools should have reopened months ago. Other countries’ did. Private and religious schools did. Science has shown for months that schools are safe," excerpts of Scott's remarks state. "But too often, powerful grown-ups set science aside. And kids like me were left behind. The clearest case for school choice in our lifetimes."

Excerpts also show Scott plans to tout Opportunity Zones created by the Trump administration to lower unemployment in minority communities around the country and will urge the country to move past the Wuhan coronavirus pandemic.

"Just before COVID, we had the most inclusive economy in my lifetime. The lowest unemployment ever recorded for African-Americans, Hispanics, and Asian-Americans. The lowest for women in nearly 70 years. Wages were growing faster for the bottom 25% than the top 25%. That happened because Republicans focused on expanding opportunity for all Americans," Scott will say. "We passed Opportunity Zones, criminal justice reform, and permanent funding for Historically Black Colleges and Universities for the first time ever. We fought the drug epidemic, rebuilt our military, and cut taxes for working families and single moms like mine."

Tomorrow represents a uniquely American tradition. While we disagree, there is unity in our diversity.

I am ready to share the GOP message of hope and opportunity with the entire country! pic.twitter.com/qNf3MozUQM