Cuba's Communist Government Suffers Another Blow From the Trump Administration 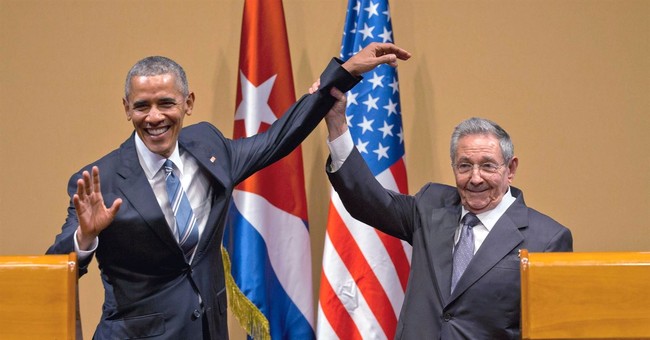 "Today, I requested that the Department of Transportation suspend private charter flights to all Cuban airports, including Havana.  This action will suspend all charter flights between the United States and Cuba over which the Department of Transportation exercises jurisdiction, except for authorized public charter flights to and from Havana and other authorized private charter flights for emergency medical purposes, search and rescue, and other travel deemed in the interest of the United States.  This Administration will continue to target and cut the revenue the Cuban government earns from landing fees, stays in regime-owned hotels, and other travel-related income," Secretary of State Mike Pompeo released in a statement Thursday. "The Cuban military and intelligence services own and operate the great majority of hotels and tourism infrastructure in Cuba.  We urge travelers of all nationalities to consider this and to make responsible decisions regarding travel to Cuba.  The suspension of private charter flights will deny economic resources to the Castro regime and inhibit its capacity to carry out abuses."

Today I asked the Department of Transportation to suspend private charter flights between the U.S. and Cuba. The Castro regime uses tourism and travel funds to finance its abuses and interference in Venezuela. Dictators cannot be allowed to benefit from U.S. travel.

After the Obama administration "normalized" relations with the Castro regime in 2014, without any conditions, the communist government continued to arrest political dissidents and carry out egregious human rights abuses. The regime has stolen the profits from businesses visited by tourists.

"Our message to the Castro regime has been clear:  The United States will continue to stand up for the Cuban people and against the regime’s abuses and its interference in Venezuela to prop up Maduro’s illegitimate hold on power," Pompeo continued. "Unfortunately, the Castro regime has not changed its repressive and undemocratic behavior.  It continues to imprison journalists and democracy activists, to oversee horrific physical abuse, to perpetuate the de facto dictatorship in Venezuela, to repress freedom of religion or belief, and to silence and intimidate those who speak truth about the reality in Cuba."

The announcement comes on the birthday of the late Cuban Dictator Fidel Castro.