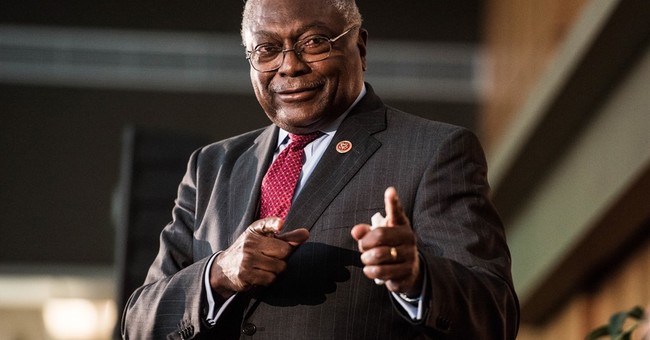 I know his character, his heart, and his record.

Joe Biden has stood for the hard-working people of South Carolina.

We know Joe. But more importantly, he knows us.

In South Carolina, we choose presidents.

I’m calling on you to stand with @JoeBiden.

The third-highest ranking House Democrat shared a stage with Nation of Islam leader Louis Farrakhan, a notorious racist and anti-Semite, and has refused to condemn the hate group leader.

South Carolina Rep. James Clyburn attended a 2011 event with Farrakhan and shared the stage with him, even after Jewish groups voiced their opposition to Clyburn attending the event. Clyburn told the Final Call, a Nation of Islam publication, that he was “not bothered in the least bit” by criticisms of his attendance at the event.

As the assistant Democratic leader, Clyburn is the third-highest ranked Democrat in the House. He declined to condemn Farrakhan in a statement released to The Daily Caller News Foundation on Thursday.

“I have fought all my life to advance the cause of social justice and equality, and I have always opposed bigotry in all its forms,” Clyburn said in the statement. His office declined repeated inquiries regarding whether the congressman is willing to condemn Farrakhan, and whether he stood by his decision in 2011 to shrug off criticisms of Farrakhan.

And a reminder of Farrakhan's hate preaching.