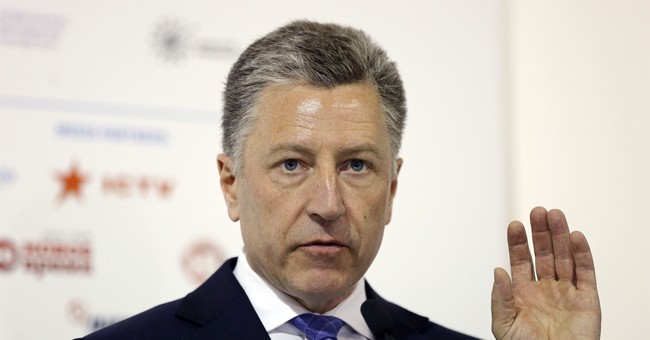 Yesterday, former U.S. envoy to Ukraine Kurt Volker testified behind closed doors and in front of the House Intelligence Committee for over nine hours. As reported, his testimony did not turn out to be what Democrats were looking for in terms of pushing their "impeachment inquiry" narrative forward.

According to Republican Congressman Lee Zeldin, Volker's testimony "drove a dagger" in the argument that President Trump engaged in a quid pro quo with Ukraine by threatening to withhold military aid unless former Vice President Joe Biden and his son, Hunter, were investigated.

Amb Volker just put a dagger in the heart of Schiff’s fairy tale claims of quid pro quo. While House Democrats may prefer cherry picking the Ambassador’s texts without the other 99% of the story, they should release the entire transcript of yesterday’s marathon interview ASAP!

Zeldin's analysis is borne out by Volker's opening statement, which was first obtained by The Federalist.

"At no time was I aware of or took part in an effort to urge Ukraine to investigate former Vice President Biden. As you will see from the extensive text messages I am providing, which convey a sense of real-time dialogue with several different actors, Vice President Biden was never a topic of discussion," Volker stated. "Moreover, as I was aware of public accusations about the Vice President, several times I cautioned the Ukrainians to distinguish between highlighting their own efforts to fight corruption domestically, including investigating Ukrainian individuals (something we support as a matter of U.S. policy), and doing anything that could be seen as impacting U.S. elections (which is neither in the United States' nor Ukraine's own interests). To the best of my knowledge, no such actions by Ukraine were ever taken, at least in part, I believe because of the advice I gave them."

Last night House Intelligence Committee Chairman Adam Schiff, in partnership with the other Democrats on the Committee, selectively leaked a number of text messages in order to push an opposite and false narrative. That narrative stands in stark contrast to Volker's statements and to the truth. Republicans have called for the full transcript of Volker's testimony to be released. Schiff is refusing to do so.

Republicans are the ones calling for public release of the deposition transcript.

That should tell you something. Democrats prefer narratives, not facts.https://t.co/VdKsM9wrcm

Meanwhile, President Trump continues to argue he isn't interested in Biden's campaign but instead wants to fight corruption.

President Trump: "I don't care about Biden's campaign, but I do care about corruption."