It's On: Cory Booker Slams Biden For Praising Segregationists 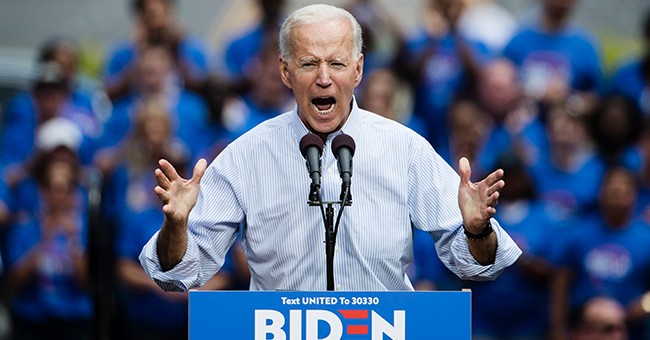 As Democrats prepare for their first debates next week, they're going after Biden and scrutinizing his record.

Last night, Biden lamented "incivility" in politics by invoking the names of two former Senators. He used to work with them and they were...segregationists.

Former Vice President Joe Biden pointed Tuesday evening to two segregationist senators as examples of colleagues he could work with during an era where "at least there was some civility" in the Senate.

During a fundraising event in New York, the Democratic presidential candidate recounted being a member of the Senate in the 1970s with southern Democrats who opposed civil rights and desegregation. He specifically named Mississippi Sen. James Eastland and Georgia Sen. Herman Talmadge, who Biden called "one of the meanest guys I ever knew."
"I was in a caucus with James O. Eastland. He never called me 'boy,' he always called me 'son,'" Biden told donors.

"And frankly, I'm disappointed that he hasn't issued an immediate apology for the paid his words are dredging up for many Americans. He should," he continued.

This marks the first time Booker has publicly gone after a primary opponent.