Sarah Sanders Fires Back at CNN's April Ryan: She Called For My Decapitation 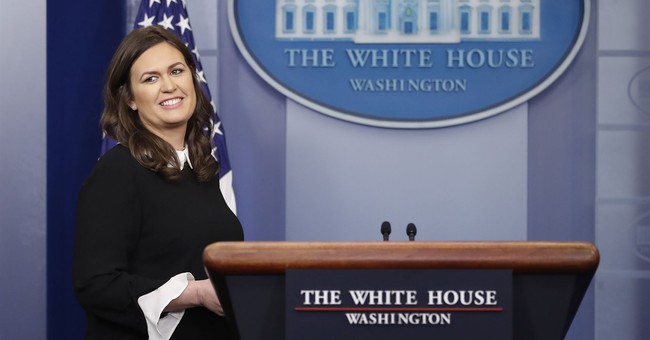 Over the weekend CNN contributor and White House correspondent April Ryan called for White House Press Secretary Sarah Sanders to have her head "lopped off."

"The American people can't trust her. They can't trust what's said from the President's mouthpiece-spokesperson from the people's house. Therefore, she should be let go. She should be fired, end of story," Ryan said. "You have to start and start lopping the heads off."

Will you get into heaven? The answer is no! https://t.co/oUpSVVbLx2

Sanders was asked about those comments during an interview with Fox & Friends Monday morning.

"Look, I've had reporters say a lot of things about me. They've said I should be choked, they said I derserve a lifetime of harassment but certainly never had anyone say I should be decapitated. This takes us to a new low even for the liberal media. It just once again proves why this journalist isn't taken seriously," Sanders said, adding she's going to stay focused on the President' agenda, not "petty" fights with reporters.

Meanwhile, a petition has been started to pull Ryan's access to the White House.

Will the ?@whca? revoke April Ryan’s credentials? If not, they are gutless tools. CNN's April Ryan Says Sarah Sanders' Head Should Be "Lopped Off" https://t.co/8fdYiOzggf