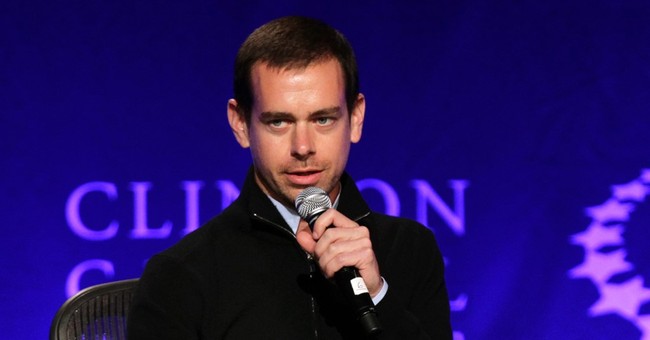 Twitter CEO Jack Dorsey visited a Chick-fil-A over the weekend, presumably because they have amazing chicken sandwiches and are one of the most successful fast food restaurants on the planet.

He dared to tweet about his purchases and prompted significant backlash from social justice warriors in every corner of the internet. His crime? Supporting a business whose owners believe in traditional marriage. Even worse? He did it during gay pride month. Blasphemy.

On behalf of the whole LGBTQ community, Jack, kindly boost your head out of your ass.

You must love the taste of bigotry!

Dorsey of course back tracked on his decision, saying he "forgot about their background."

Meanwhile, big tech is partnering with the Southern Poverty Law Center, which is a leftist organization that labels and lists conservative groups opposed to gay marriage as "hate groups." In 2012, a man used this list to find the Family Research Council in Washington D.C. He walked in with a gun and an intention to kill as many people as possible. He also had a bag of Chick-fil-A sandwhiches, which he planned to smear in the faces of his dying victims for their sin of traditional values. Luckily, he was stopped by a security guard. From CNN:

He'd bought a gun and learned how to use it. He'd loaded three magazines. And he had stopped by Chick-fil-A to pick up 15 sandwiches, which he planned to smear in the dying faces of staffers he expected to kill at the Family Research Council in Washington.

It would be a statement, he said, "against the people who work in that building," according to documents filed in U.S. District Court, where Corkins pleaded guilty on Wednesday to three charges related to the August shooting at the conservative policy group.

The shooting came amid intense debate over remarks against gay marriage by an executive with the Atlanta-based Chick-fil-A restaurant chain and the company's support for groups considered hostile to gay rights.

Reminder: the Southern Poverty Law Center “hate group” list was used by a man in 2012 to shoot up the Family Research Council. https://t.co/qwP25ah3nN https://t.co/85SRRASLr6