Whirlwind Press Conference: Trump Wants Russia Back at the G7, Says He Has Another Pardon in Mind 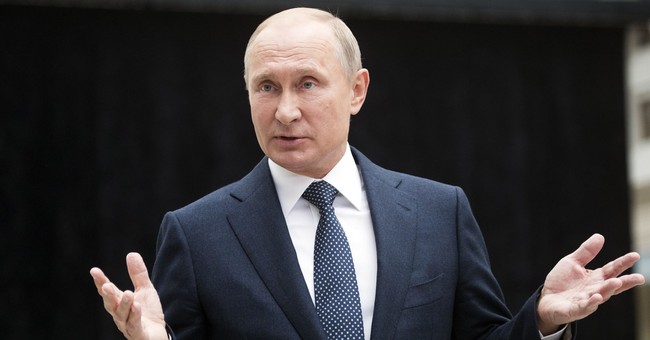 Speaking to reporters Friday morning from the White House South Lawn, President Trump said he believes Russia should be reinstated into the G7 Summit.

“It used to be the G8,” Trump said. "Russia should be in this meeting. Whether you like it or not and it may not be politically correct, but we have a world to run. G7 threw Russia out. They should let Russia come back in."

Trump is on his way to Montreal for the summit today ahead of his historic meeting with North Korea in Singapore next week. Russia was kicked out of the G7 after illegally invading Crimea in 2014.

"I've been preparing all my life," Trump said about the summit.

The president also discussed his consideration of a pardon for boxer Muhammad Ali and said he has a list with 3000 other names he is considering. Ali was convicted of dodging the draft in 1967 during the Vietnam War. The Supreme Court ultimately overturned that conviction due to his religious beliefs.

"I'm considering Muhammad Ali," Trump said. "We have 3,000 names. We're looking at them. Of the 3,000 names, many of those names really have been treated unfairly. You know, this is a group of 3,000 that we've assembled. I would get more thrill out of pardoning people nobody knows."

"The pardons are a very positive things for a president," he continued.

He noted the release of Alice Johnson from prison yesterday, who he granted clemency earlier this week after meeting with Kim Kardashian in the Oval Office.

“I thought Kim Kardashian was great because she brought Alice to my attention," he said.

The president also addressed the issue of pardoning himself.

“I do have an absolute right to pardon myself, but I’ll never have to do it because I didn’t do anything wrong,” he said.