Police Were Warned About Sandy Hook Murderer Multiple Times, Did Nothing 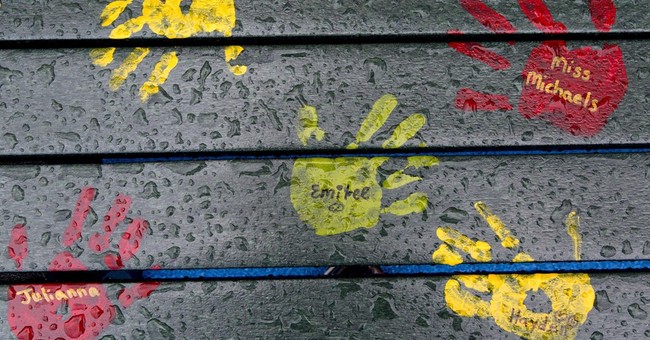 This news is absolutely devastating.

Yesterday the FBI released previously withheld documents about the Sandy Hook Elementary School shooting, which took place on December 14, 2012 in Newtown, Connecticut. The new information reveals police were repeatedly warned about the killer, Adam Lanza, before he went on his rampage. He killed his mother in her bed at home, where he also lived, before making his way to the school where he murdered 20 children and six teacher. Once police arrived, he committed suicide.

Before the attack, Lanza made specific threats that were reported to authorities. They said they couldn't do anything and did not. From CBS News:

Police were warned that the Sandy Hook Elementary School shooter had threatened to kill his mother and students before the 2012 massacre, according to newly revealed FBI documents.

One woman told investigators that she overheard Adam Lanza threaten his mother. She said that he "had an assault weapon and that she was scared of him." She said she overheard Lanza say that he "planned to kill his mother and children at Sandy Hook in Newtown, Connecticut."

According to investigators' interview notes, she said she called Newtown police and Sandy Hook and told them about the threats, but police said Lanza's mother owned the firearms and there was nothing they could do; they were told to call state police.

The FBI documents also show Lanza's mother never went into the 20-year-old's room, where he would spend months at a time without leaving. It was there he became highly interested mass shootings, meticulously studying them. He was also interested in sexual relationships with children.