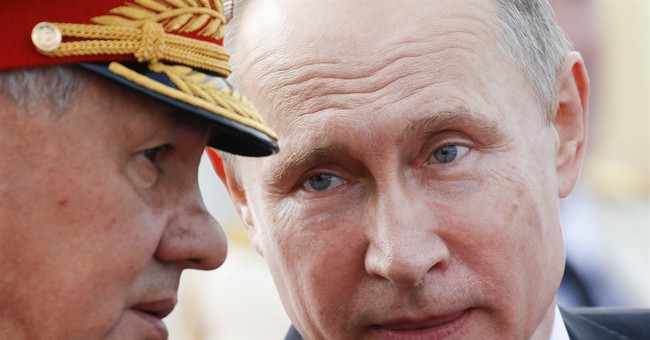 President Trump has officially signed new sanctions against Russia, North Korea and Iran but did not do so with support. The sanctions were overwhelmingly passed by the House 419-3 and the Senate 98-2 last week, but were opposed by the White House.

"Today, I have signed into law H.R. 3364, the 'Countering America's Adversaries Through Sanctions Act.'  While I favor tough measures to punish and deter aggressive and destabilizing behavior by Iran, North Korea, and Russia, this legislation is significantly flawed," the President said in a statement released by the White House. "In its haste to pass this legislation, the Congress included a number of clearly unconstitutional provisions.  For instance, although I share the policy views of sections 253 and 257, those provisions purport to displace the President's exclusive constitutional authority to recognize foreign governments, including their territorial bounds, in conflict with the Supreme Court's recent decision in Zivotofsky v. Kerry."

During the State Department press briefing Tuesday, Secretary Rex Tillerson said the sanctions are unhelpful and limit the administration's options.

"The action by the Congress to put these sanctions in place and the way they did, neither the president nor I are very happy about that," Tillerson said. "We were clear that we didn't think it was going to be helpful to our efforts, but that's the decision they made."

The Russia sanctions are retaliation for the Kremlin's meddling in the 2016 presidential election.

"The multitude of threats posed to our national security by Iran, Russia, and North Korea cannot be understated. These bad actors have long sought to undermine the United States and disrupt global stability. Our job in Congress is to hold them accountable," House Speaker Paul Ryan said last week. "The bill we just passed with overwhelming bipartisan support is one of the most expansive sanctions packages in history. It tightens the screws on our most dangerous adversaries in order to keep Americans safe. I want to thank Leader McCarthy, Whip Hoyer, Chairman Royce, and Ranking Member Engel for their tireless work on this vital national security issue."

After the sanctions passed the Senate, Russian President Vladimir Putin ordered hundreds of Americans working for the U.S. government in Moscow to be expelled from the country.

Unlike other signings, the sanctions approval was given without fanfare or cameras.