The Democrat Rollout of New Slogan Went as Well as You'd Expect, Which Means Terribly 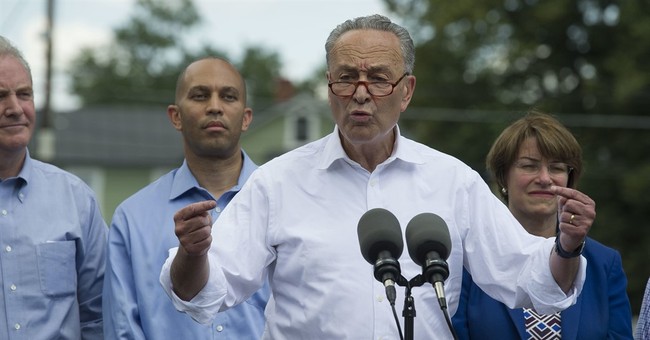 As Guy wrote last week, the new Democrat slogan of "A Better Deal: Better Skills, Better Jobs, Better Wages" is laughably bad, especially considering how much and money was spent on poll testing.

But what's worse is how they rolled it out Monday.

TV’s not cutting to the Dem message launch but wow it’s getting really interesting pic.twitter.com/RH0Yn4Poj0

And overall, it was really boring.

Democrats' "A Better Deal" 2018 agenda roll-out is populist, corporation-bashing packaging of their generally long-held values. But... 1/2

But, here's something we can all get on board with.